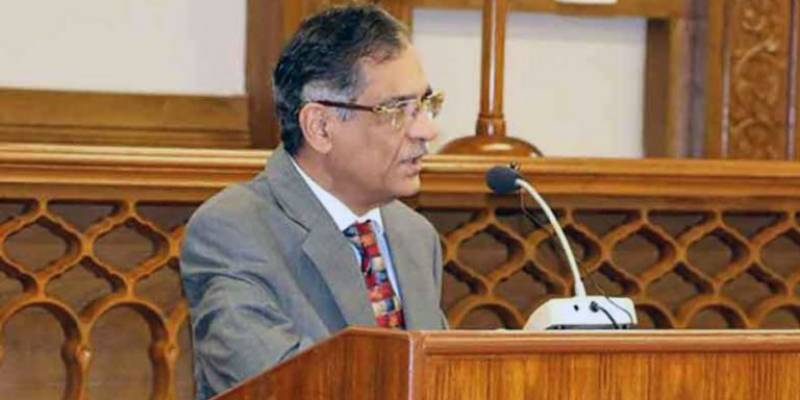 KARACHI: Chief Justice of Pakistan Justice Saqib Nisar affirmed on Sunday that the judiciary is working independently and free from any pressure.

He made the remarks while hearing a case in the Supreme Court's Karachi Registry.

In his remarks, Chief Justice Nisar observed, "I read about the remarks of a judge in Islamabad and was deeply saddened". link link

In an address to the Rawalpindi Bar Association on Saturday, Justice Shaukat Aziz Siddiqui of the Islamabad High Court had claimed that certain quarters were interfering in the working of the higher judiciary.

"I was told that if I pass judgments on their directives then the references against me will be withdrawn," he said, adding that, "I was also assured that I will be made the chief justice of Pakistan in September and not even November".

Justice Siddiqui further lamented, "Today, even the independent media has cowed down."