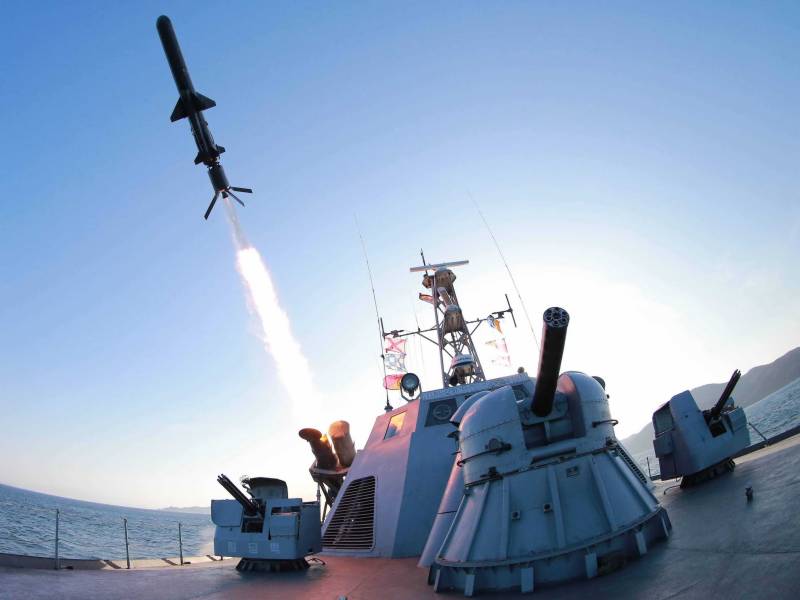 ISLAMABAD - Year 2017, ended with the commitment by Pakistan to acquire deterrence at all spectrums of threat. At the meeting of National Command and Control Authority, Pakistan resolved to policy of Full Spectrum Deterrence, which is in line with the policy of Credible Minimum Deterrence.

So, to validate its commitment for countering threats at all spectrums, Pakistan marked the beginning of 2018 with the test of naval missile “Harba”. On January 03, 2018 Pakistan successfully tested its indigenous naval cruise missile “Harba” from its newly commissioned fast attack vessel “PNS Himmat”.

PNS Himmat is equipped with state-of-the-art weaponry, sensors and Harba cruise missiles. It is the second indigenously built fast attack vessel which is capable of high speed, high fire power and enhanced endurance for rapid response at sea.

The first indigenously built fast attack vessel by Pakistan was PNS Dehshat, which was inducted in to Pakistan Navy in 2012. These developments by Pakistan in its naval capabilities were due since long time. Moreover, with interest vested in Gwadar Port and China-Pakistan Economic Corridor (COEC) state level initiatives to strengthen Pakistan Navy for security of maritime borders and interests are increasing.

However, rapid initiatives to strengthen navy is not entirely for the sake of economic Interests. With India being its neighbour, Pakistan was not fortunate enough to spend a lot on its economic growth. Rather security threats from India engulfed Pakistan’s resources.

But, if Pakistan’s security choices are analyzed with pragmatic lens, what other choice was available for Pakistan? None, but to face India with all its ability.

On the other hand, in realm of naval militarization and nuclearisation, India is spending huge amount on indigenously building SSBNs and SSNs along with aircraft carriers and fleet of naval vessels. This rapid militarization by India is destabilizing Pak-India strategic equilibrium in the Indian Ocean.

Point to focus on is that Pakistan’s decision was based on the logic that Pakistan wants to stop India at all spectrums whether it be conventional or non-conventional. Furthermore, Pakistan does not always rely on nuclear deterrence to stop India, if it’s possible to avoid reliance on only nuclear weapons, conventional means are preferred for regional peace and stability.

Deployment of nuclear cruise missiles on naval vessels is plausible option for Pakistan to counter Indian threat in Indian Ocean Region. As utilization of other options such as acquisition of SSBN and SSN is a time taking process.

These measures are the options Pakistan may rely on till the development of survivable and credible second-strike capability. However, in all this mayhem for acquisition of Second Strike Capability, the logic of nuclear deterrence should prevail to avoid catastrophe and destruction.

As, it is deterrence that instills the fear of unbearable damage and encourages states to not manipulate the shared risks of destruction. If India and Pakistan want to use the Indian Ocean Region for economic prosperity they need to let deterrence prevail.

Ayousha Khan— The writer is Research Associate at Strategic Vision Institute, a think-tank based in Islamabad.