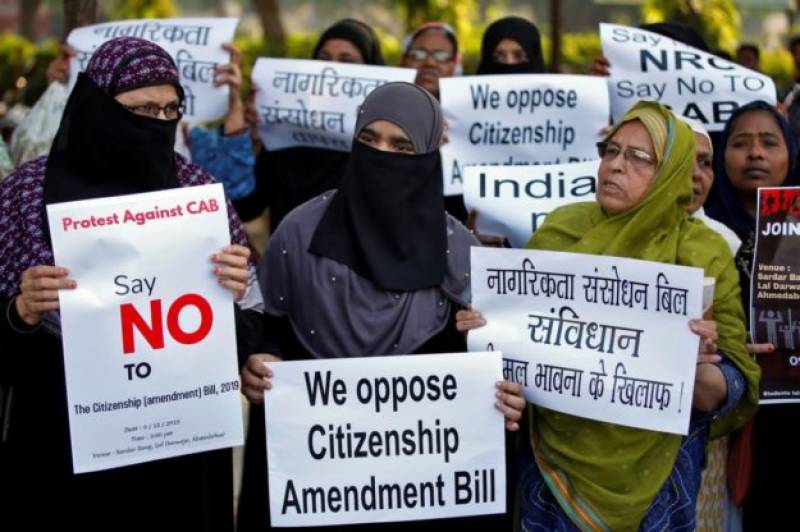 ISLAMABAD - The Organisation of Islamic Cooperation (OIC) strongly reacts over the Controversial Babri Mosque verict and deadly protests in India.

OIC has expressed concerns over the wave of deadly protests in India against a newly-enacted anti-Muslim citizenship law and the controversial Babri Mosque verdict.

At least 25 people have died in 10 days of demonstrations and violence after the Prime Minister Narendra Modi government passed the law.

“The General Secretariat of the Organisation of Islamic Cooperation has been closely following recent developments affecting Muslim minority in India,” the world Muslim body said in a statement on Sunday.

“It expresses its concern over the recent developments pertaining to both the issue of citizenship rights and the Babri Masjid case,” the statement added.

India’s Supreme Court in November 9 ruling link cleared the way on for a Hindu temple to be constructed at a hotly disputed holy site, in a huge victory for Hindu nationalists led by PM Modi.

The top Indian court had ruled that the site in Ayodhya in northern India, where Hindu mobs destroyed a 460-year-old mosque in 1992, must be handed over to a trust to oversee the construction of a Hindu temple.

OIC in its statement reiterated call to ensure the safety of the Muslim minority and the protection of Islamic holy places in India.