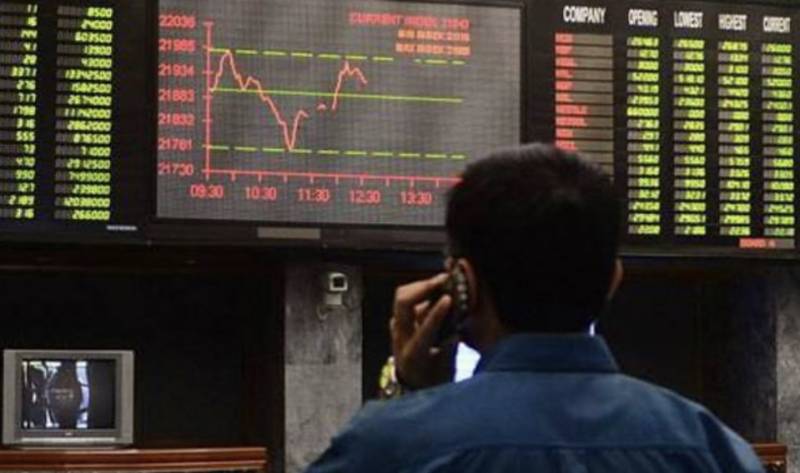 *KARACHI: Pakistan Stock Exchange (PSX) on Monday witnessed a decline of 368 points with KSE-100 index trading below the 43,000-mark. *

The PSX witnessed a decline by 368-points and traded at 42,902 points amid rising political temperatures in the country.

According to details, after the news of Imran Khan’s arrest link spread on social media, a large number of PTI workers gathered outside Bani Gala.

PTI leaders from across the country, including the leaders of Karachi and the Chief Minister of Gilgit-Baltistan, have directed the workers to reach Bani Gala. Asad Umar, Faisal Javed, and Murad Saeed have also reached Bani Gala.

However, the PTI chairman, who was booked under anti-terrorism clause for speaking against judiciary and police officials, was granted protective bail until Thursday.

The PSX has remained in green during the last week and have climbed to 43,000 mark from 41,000 points amid reports that Pakistan has inched closer to securing a loan tranche of US$1.17 billion from the IMF.