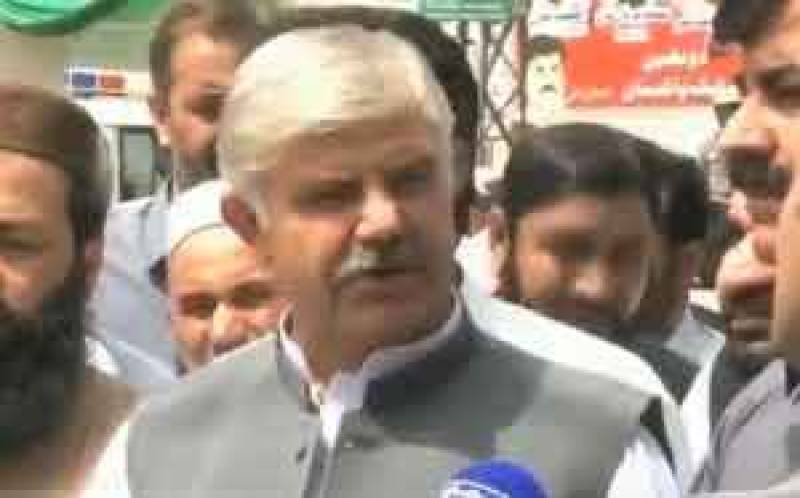 PEAHAWAR - Chief Minister Khyber Pakhtunkhwa Mehmood Khan says the provincial cabinet will be constituted soon after Eid ul Azha. Talking with news persons in Peshawar today, he said the government expenses will be reduced through austerity drive and all out efforts will be made to raise the standard of living of common people. Mehmood Khan also expressed annoyance over unnecessary protocol given to him and directed the authorities to take necessary measures in this regard. Meanwhile, talking to a private news chnnel, Khyber Pakhtunkhwa Chief Minister Mehmood Khan said Pakistan Tehreek-e-Insaf government is fully committed to public welfare works. He said meetings on Eidul Azha were arranged to review works of various departments performing duties on the first day of Eid to facilitate the people. He said directives have been issued regarding protection from Dengue and provision of medicine in the hospitals. The chief minister said we would make Peshawar. a city of flowers, besides ensuring cleanliness in the province.