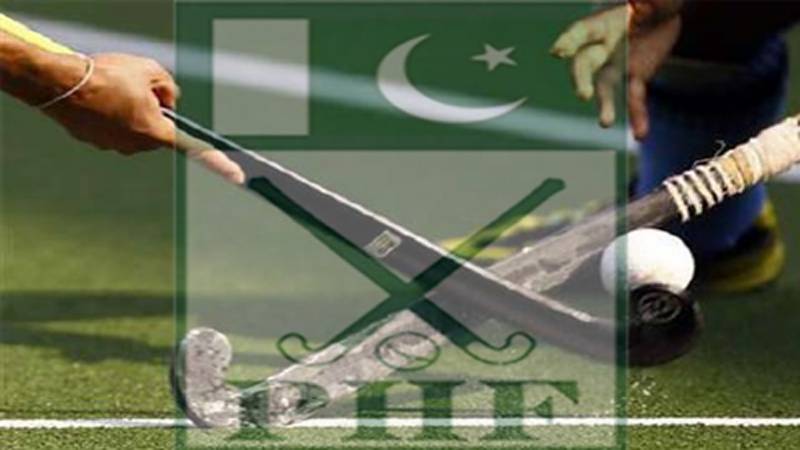 LAHORE (APP): The top officials of Pakistan Hockey Federation (PHF) have set new precedent by not touring with the national teams abroad, saving a lot of funds.

It is the fourth occasion during the current year that the President, PHF, Brig retd Khalid Sajjad Khokhar and Secretary, Shahbaz Ahmad have not travelled with any national side which travelled abroad for its participation in a international event.

"We don't want to travel with the national teams unless it is very important in order to have meetings with the officials of respective national hockey federations on important hockey matters", said Brig (retd) Khalid Sajjad Khokhar while talking to APP on Monday.

In the past it was a routine on part of previous regimes of the PHF to accompany the national senior or junior team whenever it embarked upon a foreign tour for taking part in a hockey event. But the present management of the PHF has shed this trend which was costing a lot on their traveling and hotel expense abroad.

President PHF said their prime aim is to save funds and that is why they are staying away from the foreign tours. PHF management did not travel with the Junior team which left on Sunday night on its second leg of European tour for the build up of the team for Junior World Hockey Cup to be played in India later this year. They opted out of European tour twice before not accompanying the team to Malaysia. The PHF management showed a big heart and politely turned down the offer of International Hockey Federation (FIH) for watching the Rio Olympics hockey tournament as the official guests of the FIH, on the grounds that they are not interested to watch a hockey event, no matter it is Olympics, as Pakistan team is not part of it.

"PHF is in dire need of saving money which we want to spend on the revival of the game and that is why we are utilizing funds on revamping the game rather aimlessly touring abroad with our teams", said the PHF Chief.

He said PHF management will only travel abroad with the national side unless it becomes very essential for holding meetings with the hosts hockey federations for discussing the important issue of revival of international hockey in Pakistan.

"PHF have set certain goals and tasks to revive hockey and to bring back international hockey to Pakistan and we are also in process of rebuilding our national senior and junior teams and we are optimistic to achieve these targets in years to come to take Pakistan in new era of hockey and touring abroad or joy rides are not our priority", he added.