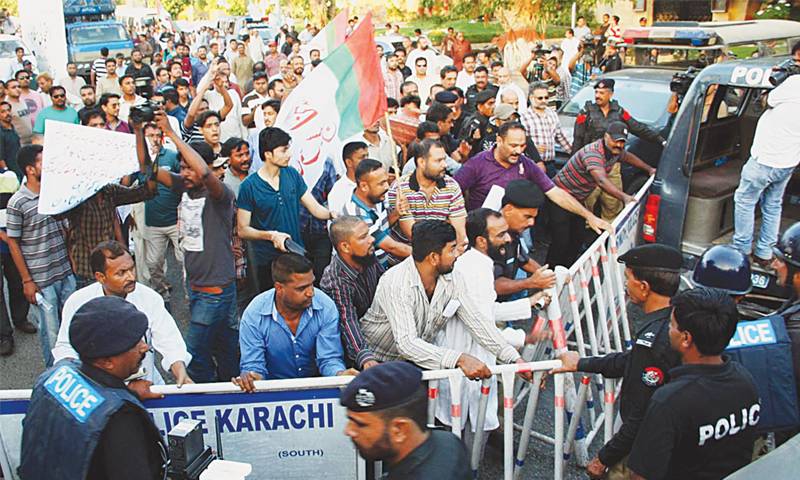 KARACHI: (APP) At least six persons, including policemen, were injured as activists of the Muttahida Qaumi Movement (MQM) went on rampage near Zainab Market, Saddar here Monday, the police said. They also torched a police van, a rickshaw and a motorcycle.

According to the IG Sindh Police office, the MQM workers pelted stones at policemen and a private TV channel's office located near Zainab Market. They also indulged in aerial firing.

The police said four injured persons were shifted to Jinnah Postgraduate Medical Centre. Two of them had received gunshot wounds and the other two sustained injuries due to broken glasses.

The police resorted to use teargas for dispersing the crowd.