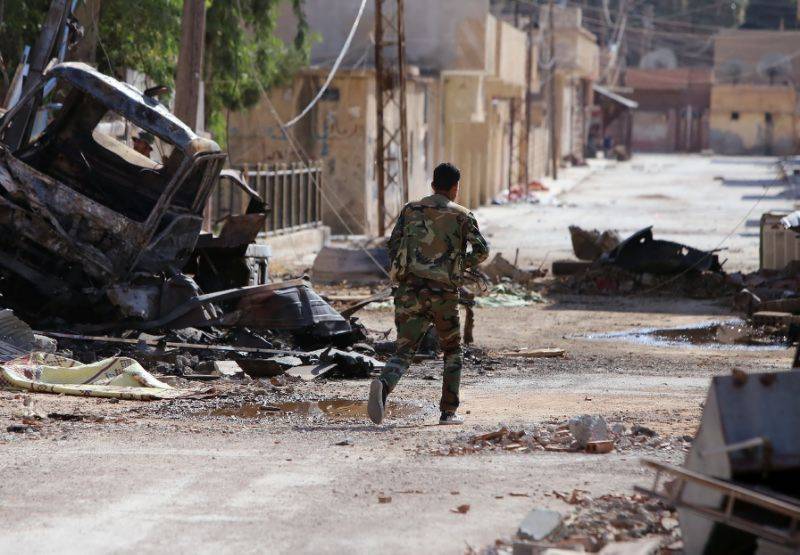 The fresh violence came amid conflicting reports on whether a truce had been agreed on Sunday, with Kurdish sources denying reports by Syrian military sources and state media that a ceasefire was reached.

After hours of calm late Sunday, "clashes broke out after midnight in the southern district of Ghweiran and Al-Masaken" in central Hasakeh, the Syrian Observatory for Human Rights said.

A local journalist working with AFP confirmed that clashes were heard in southern and central Hasakeh and that pro-government fighters could be seen retreating from parts of Ghweiran.

Hasakeh city, capital of the northeastern province of the same name, is already mostly controlled by Kurdish forces although the majority of its residents are Arab.

Syria's regime and Kurdish forces share a common enemy in the Islamic State (IS) militant group, but there have been growing tensions between the two groups in Hasakeh.

Clashes erupted last week between the Kurdish police known as the Asayesh and the pro-government National Defence Forces militia (NDF), and escalated Thursday when regime warplanes bombarded Kurdish-held positions in the city for the first time.

That action came close to sparking the intervention of US warplanes when Washington warned against strikes that might endanger its military advisers with the Kurds on the ground.

The fighting in Hasakeh has also drawn in the Syrian army and the powerful Kurdish People's Protection Units (YPG).