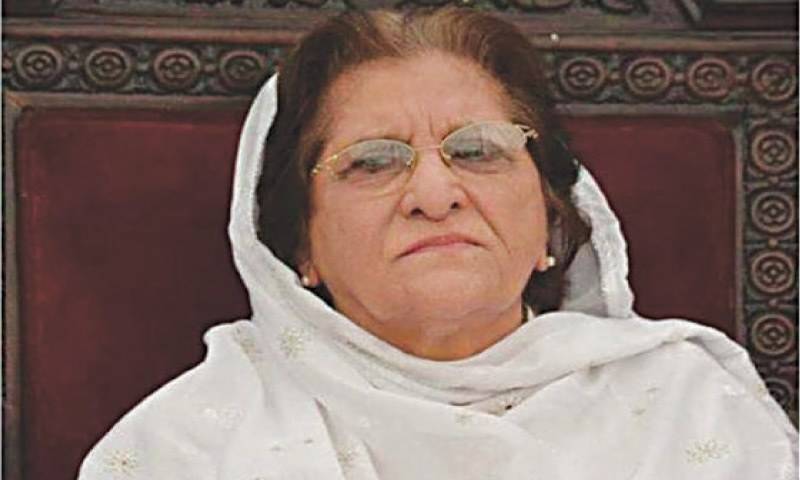 She said we will introduce legislation for mandatory food fortification and Universal Salt Iodization.

She added that KP Govt is committed to reduce infant and under five mortality in the province.

This will be done by addressing malnutrition in the province with support of development partners.

She admired the role of Micro-Nutrient-Imitative for holding briefing on nutrition and emphasized for follow up meetings.

Parliamentarians from PTI, JUI, JI and QWP parties pledged their support to address the issue of under-nutrition in Khyber Pakhtunkhwa during a briefing of parliamentarians organized by United Rural Development Organization (URDO) a member of Scaling Up Nutrition Civil Society Allaince (SUNCSA, Pak) with support of Micronutrient Initiative (MI).

The MPAs while sharing their views highlighted the importance of integrated approach to respond the issue of under nutrition in the province. It was recommended that district and sub district level consultations should be organized involving local administration, health officials and civil society to create widespread awareness about the issue of under-nutrition.

Female nutrition should be prioritized and awareness raising programs should be initiated involving media, Lady Health Workers and Community Midwives.

He said, Parliamentarians can play an important role in scaling up nutrition programs as they are the key decision-makers of policies, governmental plans and budgets.

He said that Pakistan is facing a malnutrition crisis that is amongst the worst in the world and has not improved for decades.

This needs to be urgently addressed in order to safeguard the country’s future development and prosperity.

It's a simple fact that nearly half of all children in Pakistan are malnourished, and this undermines their mental and physical growth, as well as the country's prospects.

He said that the province has a dangerously high rate of nutritional stunting among children under age 5 (47.8%) as compared to 43.7% of the national average.

The prevalence of wasting is 17.3% as compared to 15.1% of the national average. As per World Health Organization's standards, a national average of 15% or above is labeled as an 'EMERGENCY'.

He said that, parliamentarians can play an important role in scaling up nutrition programs as they are the key decision-makers of policies, governmental plans and budgets.