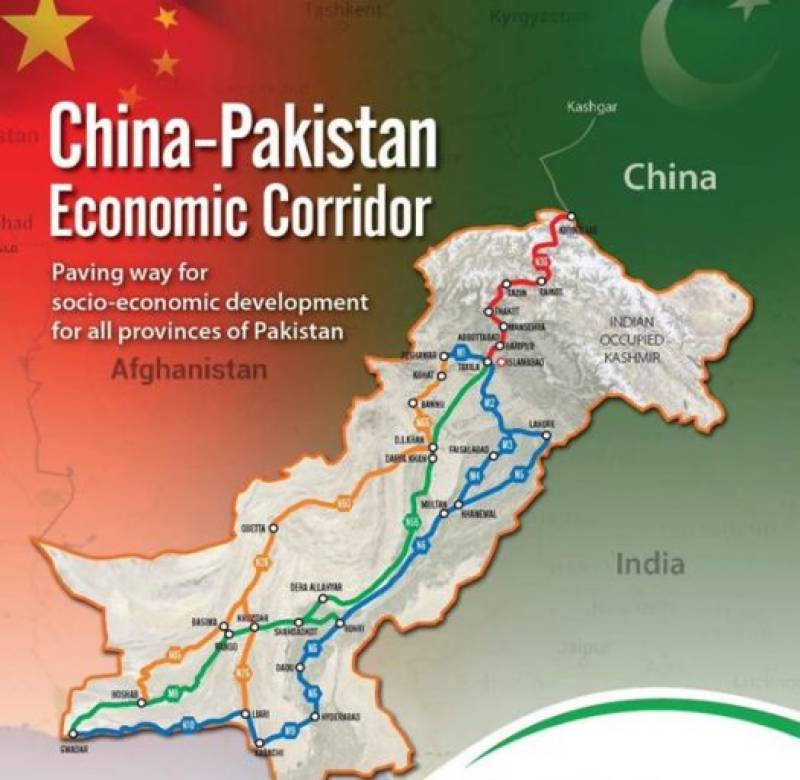 ISLAMABAD (APP): Minister for Planning, Development and Reforms,Ahsan Iqbal said on Monday that out of US$ 46 billion projects under China-Pakistan Economic Corridor (CPEC), projects worth US$ 18 billion had already hit the ground while US$ 17 billion were in the pipeline.

Talking to press attaches to be posted abroad, he said, the CPEC framework had been turned from a piece of paper into an investment of US$ 46 billion.

He said, the CPEC initiative would not only benefit China and Pakistan but it would be beneficial for the entire region.

Ahsan Iqbal said, the CPEC was not mere a road network but it was a complete framework, adding, it was the fusion of the vision of Pak-China leadership.

He said, those initiating propaganda campaign against this vital project would miserably failed.

He said, there was a need to further improve positive image of Pakistan among the world's nations.