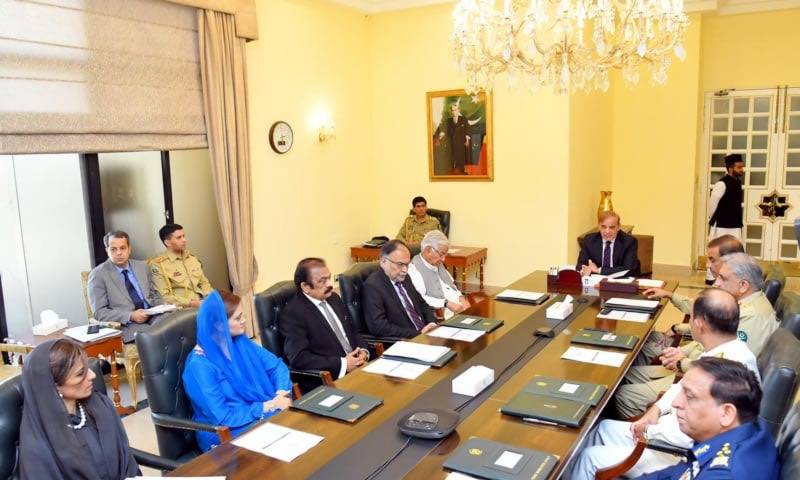 ISLAMABAD – The National Security Committee (NSC) on Friday said that there was no foreign conspiracy behind the ouster of the PTI-led government.

According to the press release issued by the PM Office, Prime Minister Shehbaz Sharif chaired the NSC meeting which discussed in detail the telegram received from the Pakistan Embassy in Washington.

Former Pakistani ambassador to Washington Dr Asad Majeed Khan also briefed the meeting about the context of his diplomatic cable.

The statement said, "The NSC, after examining the contents of the communication, reaffirmed the decision of the last NSC meeting. The NSC was again informed by the premier security agencies that they have found no evidence of any conspiracy.

"Therefore, the NSC, after reviewing the contents of the communication, the assessment received, and the conclusions presented by the security agencies, concludes that there has been no foreign conspiracy."

The meeting was attended by the services chiefs and federal ministers.

Former PM Imran Khan, who was voted out through a no-confidence motion, had claimed a “threat letter” on March 27 at a public gathering before his ouster claiming that his government had been threatened by the US and the Opposition was involved in the conspiracy.