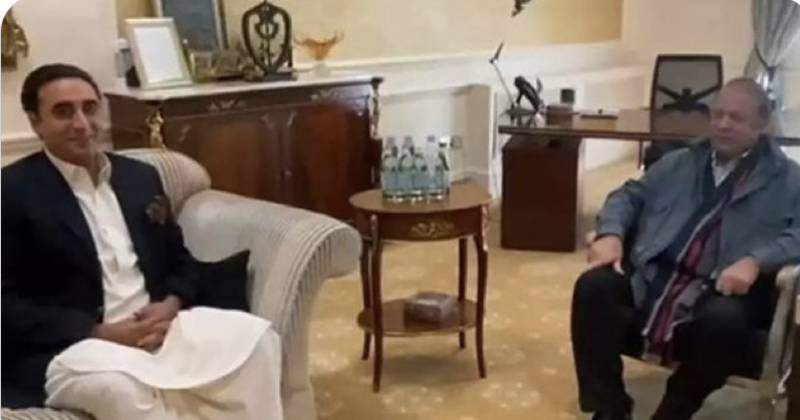 The sources said the PPP Chairman Bilawal Bhutto Zardari has floated a seat adjustment proposal for next general elections during his meeting with PML-N supremo Nawaz Sharif on Thursday.

The PPP had sought the support of PML-N on 10 NA and 20 PA seats in Punjab, sources say, adding that in return, PPP will support PML-N on 5 NA seats in urban Sindh.

Today’s meeting will also give a final touch to seat adjustment formula in Sindh and Balochistan, they said.