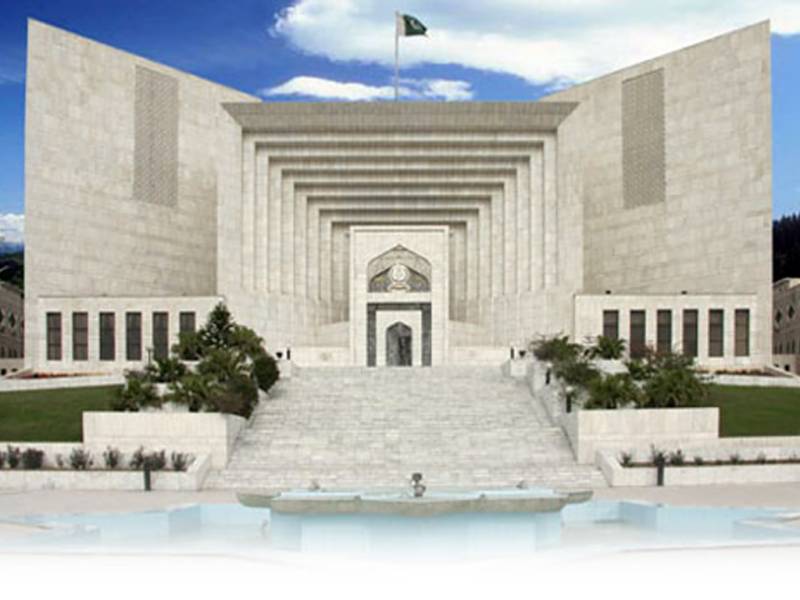 ISLAMABAD: Chief Justice of Pakistan (CJP) Asif Saeed Khan Khosa has constituted seven benches at the principal seat Islamabad to hear a number of important cases during the next week, starting from Monday.

On Friday, the formation of benches of benches would change as the first bench would comprise Chief Justice Asif Saeed Khan Khosa and Justice Mazhar Alam Khan Miankhel while the second will consist of Justice Gulzar Ahmad and Justice Maqbool Baqar.

The benches will hear many important cases including acquittal appeals against death sentence and life imprisonment, service matters of government employees, case against extra-judicial killings of innocent persons in the premises of Lal Masjid and Jamia Hafsa, appeals against NAB references.

They will also hear case regarding functioning of Patwaries, Kanungos and Tehsildars in urban area of Lahore, implementation of Court’s Judgment regarding distribution of Crores of Rupees among the politicians, Review on behalf of All Pakistan Textile Mills Association regarding unprecedented loadshedding, Muhammad Sohaib Shaheen, Chairman Legal Education Committee and others v. Pakistan Bar Council thr. Vice Chairman and others regarding re-constitution of committees of Pakistan Bar Council.

Action taken by HCJ Regarding Disposal of Hospital and Sewerage Waste, case regarding cutting of trees from Marghala Hills and Lora (KPK) by the stone crushing mafia, case regarding transfer of Dr. Afia Siddiqui and other Pakistani prisoners detained abroad to Pakistan prison, case regarding constitution of commission for inquiry of alleged 444 extra-judicial killings by former SSP Malir Rao Anwar Ahmed Khan, application by Asad Kharal regarding fake degree of Shehzad Saleem, DG NAB, Lahore, case against illegalities, contraventions and violations in appointments within NAB, case regarding rights of the disable people in Pakistan and the legislation by KPK and Punjab Assemblies for employment and rehabilitation of disabled persons, case regarding refund of extra amount in shape of incidental charges in plea bargain, case regarding mushroom growth of Law Colleges and income tax matters of different individuals will also be proceeded.

According to case lists, no adjournment on any ground will be granted and no application for adjournment through fax will be placed before the court. Furthermore, if the counsel is unable to appear for any reason, the advocate-on-record will be required to argue the case.