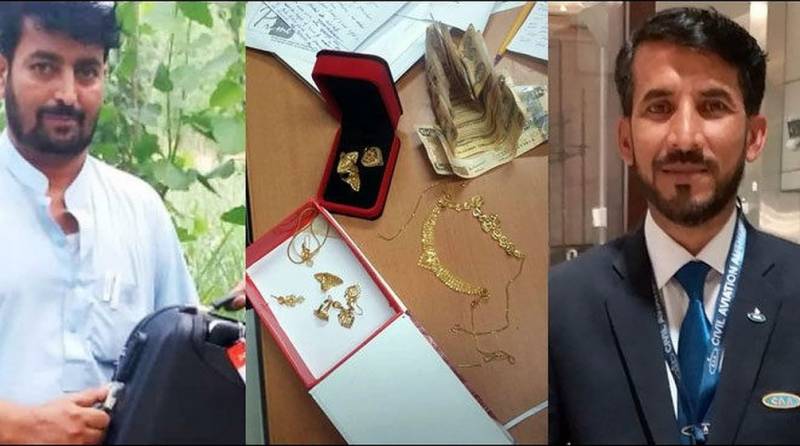 Staff members, Shahzad and Hanif, of CAA’s vigilance section were on regular duty when they found a lost bag in the international Arrival area of the airport.

The honest staff members took the bag in their custody and handed it over to the terminal manager.

LCAA staff traced the owner of the luggage who boarded a flight from ‘Ras Al Khaimah’ (UAE) to Peshawar earlier that day. The owner belonged to Swat and was working in UAE. All of his savings and valuables in the bag were for his daughter’s dowry.

CAA officials returned the bag safely to the owner who praised their efforts in finding and returning his lost luggage. The organization will also give appreciation certificates to the staff for their honesty and trustworthiness.