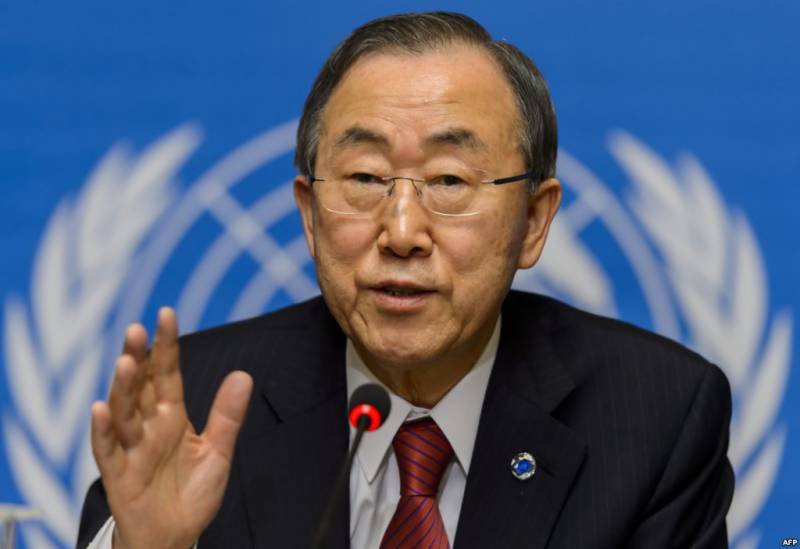 DAMASCUS (APP) - Damascus accused UN chief Ban Ki-moon on Tuesday of flouting the United Nations' charter after he told world leaders it was responsible for the most civilian deaths in Syria's war.

"The words of Ban Ki-moon today on Syria are far removed from the provisions of the UN charter, which need to be respected by (the person) who occupies the role of secretary general," Syria's foreign ministry said in a statement published by the official SANA news agency.

"The United Nations has failed in its role of finding solutions to international problems and has not succeeded in resolving any conflict," the ministry said.

Ban on Tuesday used his farewell address to the General Assembly in New York to urge world leaders to end Syria's devastating conflict.

He blamed all sides for killing innocent people, but "none more so than the government of Syria, which continues to barrel bomb neighbourhoods and systematically torture thousands of detainees."

The UN said it was suspending humanitarian convoys in Syria a day after aid trucks were hit by air strikes near second city Aleppo late Monday, killing around 20 civilians.

Ban denounced the "sickening, savage and apparently deliberate attack," which US officials say was carried out by either Russian or Syrian warplanes.

Both Syria and Russia denied they were behind the raids that struck the convoy.

Now in its sixth year, the war in Syria has killed more than 300,000 people and forced millions from their homes.