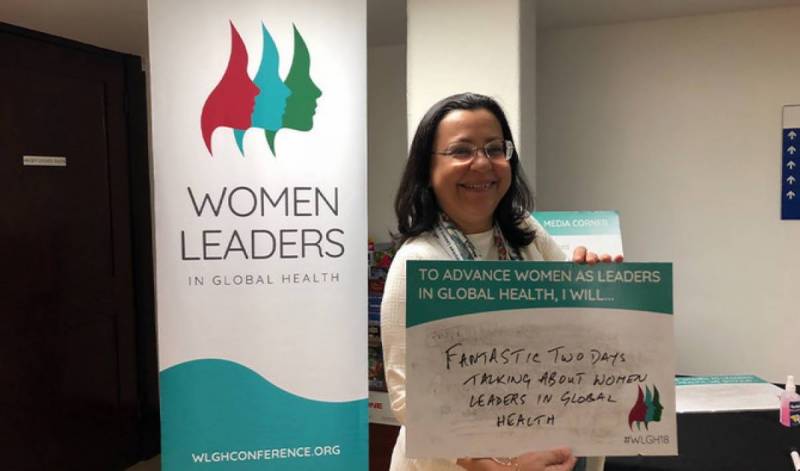 ISLAMABAD — Pakistani physician Dr Anita Zaidi was elected to the National Academy of Medicine this week.

The National Academy of Medicine is considered one of the highest honors in the fields of health and medicine and it recognizes individuals who have demonstrated outstanding professional achievement and commitment to service.

Operating under the 1863 Congressional charter of the National Academy of Sciences, the National Academies are private, nonprofit institutions that work outside of government to provide objective advice on matters of science, technology, and health.

According to the Academy, Zaidi, president for gender equality and director of vaccine development and surveillance and of enteric and diarrheal diseases at the Bill & Melinda Gates Foundation, was elected “for global leadership in paediatric infectious disease research and capacity development relevant to improving newborn and child survival in developing countries.”

The Gates Foundation website says that since joining the foundation in 2014 Zaidi has led a team focused on vaccine development for people in the poorest parts of the world, surveillance to identify and address causes of death in children in the most under-served areas, and significantly reducing the adverse consequences of diarrheal and enteric infections on children’s health in low and middle-income countries.

It says, “Through this role, Anita champions innovative work on behalf of low-income women and children, including the creation of the Women Leaders in Global Health program— now called WomenLift Health— to promote diversity in global health leadership. She also works closely with the foundation’s Maternal Newborn Child Health Discovery & Tools program.”

Anita was the department chair of Pediatrics and Child Health at the Aga Khan University in Karachi, Pakistan, where she worked to reduce child mortality through the prevention and treatment of illness.

In 2013, Anita became the first recipient of the $1 million Caplow Children’s Prize for her pioneering work bringing health services and wraparound care to mothers and children in poverty-stricken communities in Karachi. She was also nominated as a notable physician of the year in 2014 by Medscape.

“It is my privilege to welcome this extraordinary class of new members. Their contributions to health and medicine are unmatched – they’ve made groundbreaking discoveries, taken bold action against social inequities, and led the response to some of the greatest public health challenges of our time,” said National Academy of Medicine President Victor J. Dzau.

“This is also the NAM’s most diverse class of new members to date, composed of approximately 50 percent women and 50 percent racial and ethnic minorities. This class represents many identities and experiences – all of which are absolutely necessary to address the existential threats facing humanity. I look forward to working with all of our new members in the years ahead.”

The newly elected members bring NAM’s total membership to more than 2,200 and the number of international members to approximately 172.