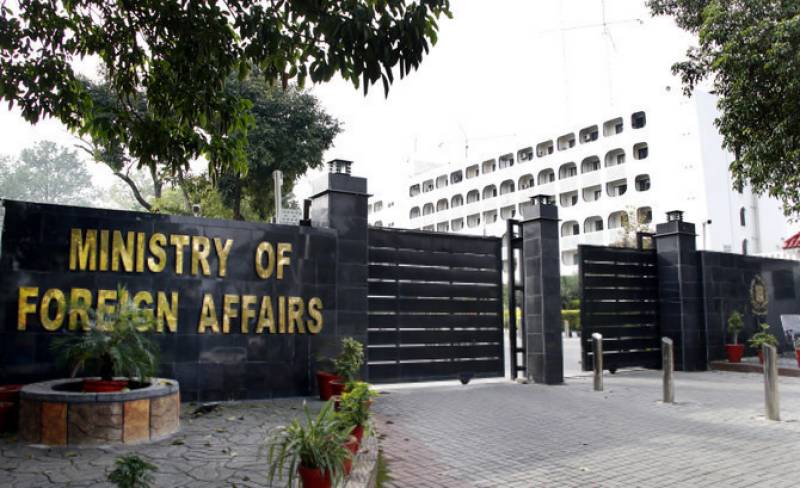 ISLAMABAD, Pakistan: The Foreign Office has said that Pakistan is deeply concerned, and condemns in the strongest possible terms the reported martyrdom of four young Kashmiris recently in the ongoing brutal campaign of extra-judicial killings in staged encounters and fake cordon and search operations by Indian Occupation Forces in Indian Illegally Occupied Jammu and Kashmir (IIOJK).

In a statement on Thursday, the Spokesperson of the Ministry of Foreign Affairs Asim Iftikhar Ahmad said that India’s desperate attempts to malign the just and indigenous struggle for self-determination of Kashmiris by whipping up the “terrorism” bogey will never succeed.

Having failed to address the indigenous freedom struggle, India is using the unabated anti- Pakistan blame game as a smokescreen for diverting world attention from India’s state-terrorism and systematic human rights violations in IIOJK, he said.

The Spokesperson said that Pakistan has repeatedly drawn the attention of the international community to India’s sinister designs of staging “false flag” operations aimed at implicating Pakistan and Kashmiris.

Asim Iftikhar Ahmad said that while Pakistan is a peace-loving Country, we will spare no effort in resolutely thwarting any aggressive designs, as was amply demonstrated by Pakistan’s response to India’s Balakot misadventure in 2019.

“Pakistan again calls upon India to halt its state-sponsored terrorism, stop human rights violations, lift the inhumane military siege and let the people of IIOJK exercise their right to self- determination as promised to them by the relevant UN Security Council resolutions,” he said.