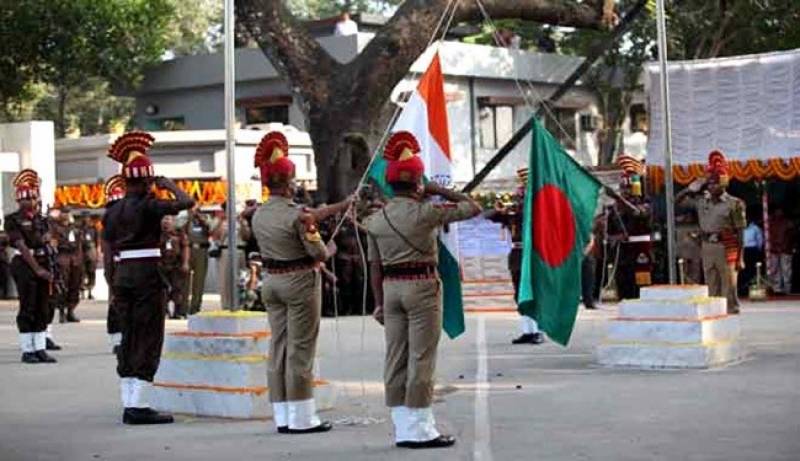 [image: Self-sufficient Bangladesh makes India look impotent]Recently, more than 10,000 Hindu extremists gathered in Assam to protest the follow-on occurrences in Bangladesh since a Quran was desecrated in a Hindu temple at Cumilla.

The Hindu extremists once again burnt the flag of Bangladesh in several places.

They attempted to cross the Bangladesh-India international border but were stopped by the Border Security Force (BSF) from doing so as that would have resulted in an armed response from the Border Guard Bangladesh (BGB).

The BSF requested the Hindu extremists never to do this again.

The Hindu extremists from the Bharatiya Janata Party (BJP) requested the Indian Prime Minister Narendra Modi to stop all kinds of trade with Bangladesh (though India benefits more from it, and ultimately Indian businesses would lose out). They called on to cut all trade ties with Bangladesh believing it would be ‘bound to starve’ even though Bangladesh is a fully food-sufficient Country.

They once again reminded about 1971 and said they gave Bangladeshis ‘identity’ and said if Indian forces wanted ‘the entire Country would have been part of India at that time’. They threatened India can invade Bangladesh today if required.

Some Hindu protesters jumped into the Kushiyara River trying to cross the international border but were stopped by the BSF. They also directed their frustration at Narendra Modi for being ‘silent’.

However, the Indian Prime Minister Narendra Modi can do very little because Bangladesh is not reliant upon India for trade, it is neither a land-locked Country nor a Country with a weak economy.

Today Bangladesh is richer than Pakistan and all other South Asian nations (except India) combined. It has a higher per capita income than Indians and Bangladeshis live longer than Indian men and women too.

Bangladesh is fully self-sufficient in the production of basic foods. In the past where India failed to supply some products, Bangladesh found alternatives. In this competitive market, there are always backups.

Also India cannot overtly act against Bangladesh on the international arena for geopolitical reasons. There is the China factor but also the US will not support it from acting in a manner that hurts American interests in the region as Bangladesh is a major economy of the region now with that is increasingly the focus of the West and Japan.

If India officially or unofficial acts further against Bangladesh, it will be proven they were behind the acts to destabilize Bangladesh.

Bangladesh will be drawn closer to China and the Chinese will do the necessary to squeeze India and their agents further.

Most of the arsenal of the Bangladesh military are supplied by China and the West. India has no scope to create pressure on the military either.

If India tries anything that is remotely anti-Bangladeshi then its North East will never be the same again as Bangladesh will no longer feel obligated to safeguard Indian interests or its security.

Bangladesh gained very little from its friendly ties with India. This latest episode serves as a reminder that the relationship is still very fragile.

As long as India is ruled by Hindu extremists, there will always be a rift with Bangladesh, which is ruled by secular Bengali nationalists.

This latest episode reminds all including Bangladesh policymakers to start the minus-India approach.