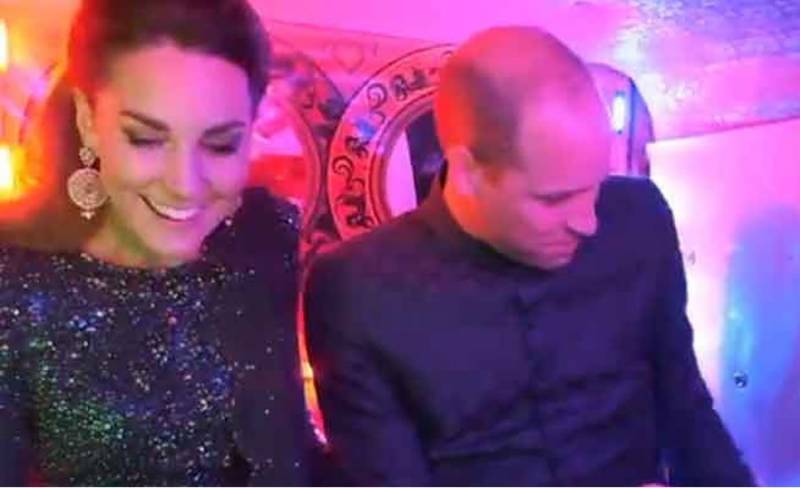 Kensington Palace, the official Twitter account of the Duke and Duchess of Cambridge, on Sunday thanked Pakistan, two days after the royal couple wrapped their visit of the country.

“Thank You Pakistan,” said the tweet which was also accompanied by a video offering a a glimpse into the couple’s Pakistan tour.

The video also had scenes from the couple’s meeting with Prime Minister Imran Khan, their visit to Shaukat Khanum Hospital and many other events which they attended during their five-day visit to the Islamic Republic.

After winning the hearts of Pakistanis, British Prince William and his wife Kate Middleton on Friday left for the United Kingdom after completing a five-day visit of Pakistan.

It is pertinent to mention here that the royal couple visited Pakistan as the first royal visit to the country in more than a decade. They were seen off at the Nur Khan airbase by British High Commissioner Thomas Drew and other officials.

The Duke and Duchess of Cambridge have finally landed in Islamabad after yesterday’s mid-air drama. We can now reveal Wiliam and Kate had to spend the night in a Lahore hotel following yesterday’s aborted landing due to a severe storm #RoyalsVisitPakistan link

Earlier in the day, a plane carrying the British royal couple had safely landed in Islamabad, hours after two failed landing attempts in bad weather forced them to fly back to Lahore.