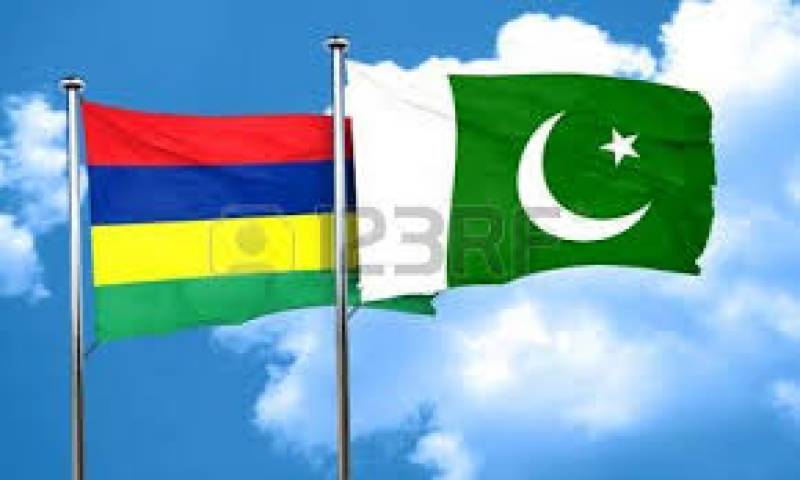 ISLAMABAD: (APP) Governments of Mauritius and Pakistan on Friday signed a number of trade instruments which included the Preferential Trade Agreement (PTA), an agreement on avoidance of double taxation etc. which have a great potential for enhancing their bilateral trade.

"But their potential has not been maximized to date and it was essential that the businesspersons from both sides must develop and maximize their businesses taking benefit from these agreements".

Agreement to this effect was made during record note of discussions held at the Mauritius Board of Investment on October 21, 2016, said a statement issued by the TDAP.

The Chief Executive of the Trade Development Authority of Pakistan, S. M Muneer along with the high powered trade delegation form Pakistan, visited the Mauritius Board of Investment (BOI) on October 21, 2016.

Welcoming the delegation, Ken Poonoosamy the Managing Director of the BOI thanked the CE TDAP for bringing a diverse high powered trade delegation to Mauritius.

Informing the delegation, the MD stated that the Mauritius BOI along       with the Enterprise Mauritius (which is the national agency responsible for Export development and promotion) has planned a hectic 2-day B2B session for all the trade delegates and hoped that their efforts at matchmaking the two private sectors from Pakistan and Mauritius, would bear fruit.

It was stated that the reason for doing this B2B session in the BOI offices was to give a flavor to the Pakistani delegation of what Mauritius has to offer to the businesspersons form Pakistan.

It was also briefed to the delegation that Mauritius offers a very     easy and friendly trading regime offering possibilities of Joint ventures as well as easy investment possibilities.

With preferential access to almost 26% of the global population through PTA's, the BOI of Mauritius as well as the Enterprise Mauritius can facilitate in building and strengthening the trade relationships between the two brotherly countries.

In the end, the MD of BOI stated that they felt honored by visit of this trade delegation and hoped that today's B2B session would help in facilitating trade and investment between Pakistan and Mauritius.

The Secretary General of the Mauritius Chamber of Commerce and Industry, Mr.RajuJaddoo thereafter welcomed the trade delegation from Pakistan.

With FDI of more than US $2 Billion per annum in various diverse sectors, Mauritius offers a large potential for trade and investment for Pakistani businessmen in the Services and Good sectors.

This is especially important in view of the fact that the investment regime in Mauritius has been rated as amongst the highest rated in terms of ease of investment in the African region.

This project consists of the construction and operation of a ground-breaking system that pumps cold water from the Indian Ocean and uses it for air conditioning purposes in buildings located in the heart of Port Louis and other nearby locations.

When completed, the project will replace energy-intensive traditional air conditioning systems in buildings currently consuming the equivalent of 30 MW of electricity with a cold ocean-water cooling system that requires only 4 MW of electrical power to operate.

It will thus contribute to an annual reduction of 40,000 tons of CO2 emissions, create 40 direct green jobs for skilled local engineers and technicians, and potentially create many more indirect jobs in downstream businesses such as aquaculture, pharmaceutical and bottling specialty water.

It will also be the first such project in Africa with a high demonstration effect for other coastal cities on the continent. The Deep Ocean Water Application (DOWA) Project consists in.

Thanking the MD of the Mauritius BOI and RajuJaddoo, the Chief Executive of the TDAP, S.M Muneer briefed the delegates about the visit of the President of Mauritius to Pakistan in April 2016.

It was informed that this delegation's visit is the result of the President of Mauritius' visit and it is hoped that the delegates would have a good B2B session during the visit.

The CE TDAP also agreed with the view of the Secretary General of the Mauritius Chamber that despite the existence of a large number of business facilitation instruments between Pakistan and Mauritius, the potential of bilateral trade has always been underutilized.

He briefed that these Preferential Trade Agreements and other instruments are proof of the friendship and trust that both countries have in each other.

The CE stated that Pakistan is a developing economy and seeks region integration through economic cooperation.

The participants were informed that Pakistan believes that the Mauritian economy has a lot of useful lessons for Pakistan and through joint ventures and investments in each other's countries the scope of progress can be further enhanced.

Pakistan's banking sector has already made its presence felt in the financial sector of Mauritius and the two countries are now poised to cooperate more closely in areas of health and education as well.

The CE reiterated that despite all the goodwill and friendship that has     existed between the two nations, there has not been much headway in terms of trade enhancement.

There is a dire need for the actualization of the true potential of the PTA which offers trade concessions to 130 Pakistani items and 102 Mauritian items.

The absence of direct air linkages between Pakistan and Mauritius are       also an added impediment in the path to increased economic exchange between the two nations.

The CE concluded that with this trade delegation, it is expected that the trade and commercial relationship between Pakistan and Mauritius businesspersons would be enhanced and the potential of bilateral trade would be maximized.

The CE thanked the Mauritius Chamber of Commerce and Industry, Enterprise Mauritius as well the BOI of Mauritius in their endeavors to this cause.