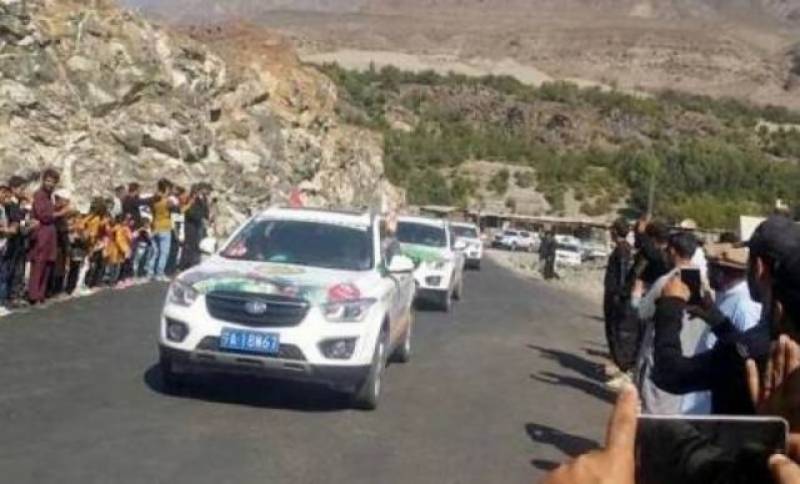 LARKANA: (APP) The Participants of Pakistan-China Friendship car rally reached Larkana at Otha Chowk via Khairpur, on the way to Mohen-jo-Daro, on Friday.

At Mohen-jo-Daro officials of district administration, STDC and others welcomed the guests. A group of artists performed traditional dances and flower petals were showered, bouquets and garlands were presented to the members of the car rally. The Chinese also danced to the rhythm of drumbeats and praised the hospitality of the people of Larkana.

They also visited the Museum in which the antiques found from the ruins are preserved and put on display and took interest in the articles preserved in the museum.

They also took a round and visited the ruins of Mohen-Jo-Dero, then visited the Stupa, Great Bath, D. K area of the ruins of the ancient city of a civilization that dates back to five thousand years, known as Indus Valley Civilization.

The officials of STDC briefed the participants of the rally about the efforts and plans regarding the conservation and preservation of the relics of the old civilization.

Later, the rally after Larkana, Mohenjo-Daro left for Hyderabad via Tando Masti, Ranipur.