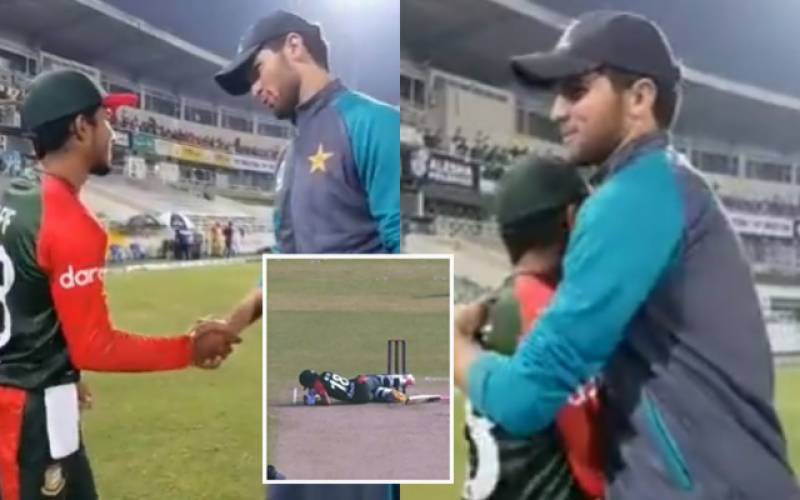 In the third over of the second game in Dhaka after Afridi got smashed for a maximum in the second ball, he delivered a fuller length delivery while the batsman drove back and Afridi picked the ball and fired at the stumps.

Young Afif was on the crease and the ball smashed by the Pakistani player hit him on the back of his foot and he fell on the ground with pain.

Afridi then apologized for his mistake, Pakistani skipper Babar Azam also rushed to check on Hossain after he fell to the ground after the powerful hit however Hossain was said to be fit for the game.

Following the game, the two players also met at the closing after Green Shirts clinched the series. The Pakistan Cricket Board (PCB) also shared a clip in which Afridi can be seen walking up to Hosain to offer an apology once more.