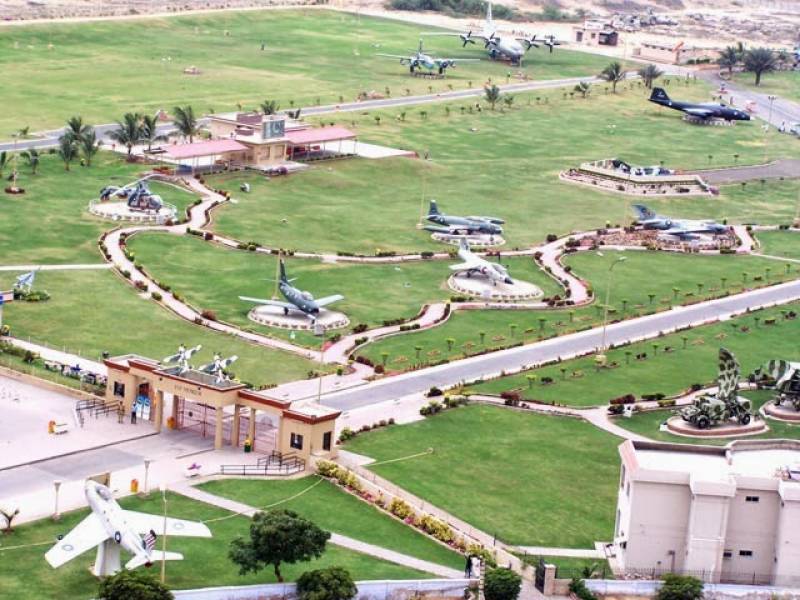 PAF equipped with modern technology to respond to any threat: Air Chief

Chief of the Air Staff, Air Chief Marshal Sohail Aman, who was also Patron-in-Chief of Royal Aeronautical Society in Pakistan, was the chief guest at the occasion, according to a PAF statement issued here Sunday.

A banquet was arranged at the occasion which was largely attended by prominent fellows and members of the society including Prof. Chris Atkin, President of the Society, Richard Meredith-Hardy, President of Commission Internationale de Microaviation, Noman Dar President of Habib Bank; Khalid Awan, a Fellow of the Society and Chairman of TCS; Air Marshal Azim Daudpota, Honorary Companion of Society, and former governor of Sindh; Sharef Kamel, Country Manager of Qatar Airways; Munawar Hameed OBE; Ms. Belinda Lewis, Deputy High Commissioner of the United Kingdom and many other dignitaries of Karachi.

Speaking on the occasion, the Air Chief thanked the guests for supporting the Royal Aeronautical Society.

He recounted that the society and its Pakistan division had beenmaking all-out efforts since its inception for the promotion of highest professional standards in the field of aviation.

The society was also playing a leading role in providing useful opportunities for exchange of ideas and learning specialist information on aviation related fields.

He further said PAF's interaction with the society had been highly fruitful and beneficial for the PAF as well as the aviation industry of Pakistan.

The Royal Aeronautical Society was established in 1866 and it had been at the forefront of innovations in the field of aeronautics ever since. It had inspired hundreds of thousands of young people in the advancement of art, science and engineering of aeronautics and had thus gone a long way in making aviation an indispensible means of transport and air power.