Mickey Arthur breaks silence over the issue of his sacking from top slot of Pakistani Head Coach
21 May, 2020 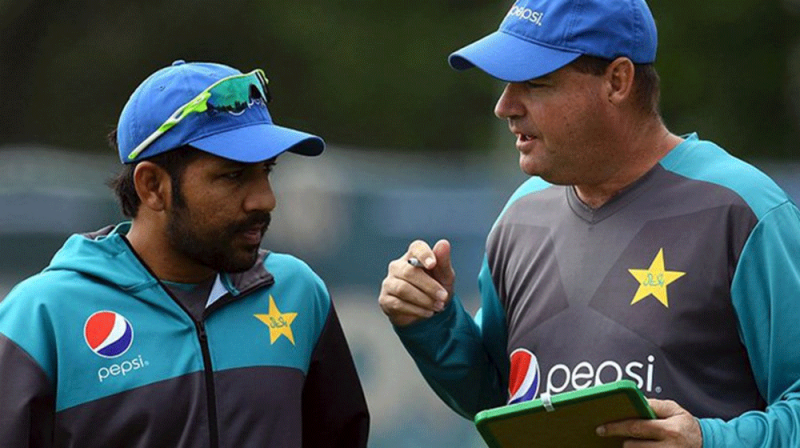 ISLAMABAD - Mickey Arthur breaks silence over the issue of his sacking from top slot of Pakistani Head Coach.

Former Pakistan head coach, Mickey Arthur, has said that he deserved to work with the Men in Green until at least the T20 World Cup. The mega event is scheduled later this year in October and November and Arthur will be in Sri Lanka camp as their head coach.

The Pakistan Cricket Board (PCB) decided not to renew Mickey Arthur’s contract alongside his coaching staff including Azhar Mehmood, and Grant Flower. Arthur was preceded by Misbah-ul-Haq, who was a part of the cricket committee that recommended former head coach’s sacking. ------------------------------

Talking about his termination, the South African said that he should have been given another 18 months especially after he had built a strong team of youngsters.

I definitely felt I had more to give which is why I publically said that I was disappointed when they did not renew my contract. I had built a young team and I certainly wanted another 18 months and that would have taken me to the T20 World Cup, which would have been the end of my term with Pakistan.

While Pakistan’s performance was not good in the other two formats, the Men in Green were playing brilliantly when both Sarfaraz Ahmed, the former captain, and Mickey Arthur were removed from their roles.

We started at number nine in T20 cricket but we got to number one position and won 11 series in a row. I feel I deserved the right to take the team to the T20 World Cup.

Under Arthur’s coaching, Pakistan lifted the ICC Test Mace, clinched the Champions Trophy title in 2017, and won 11 consecutive T20I series to stay at the top of T20I rankings for over two years.