UN raises serious concerns over Iran US war rhetoric
21 May, 2019 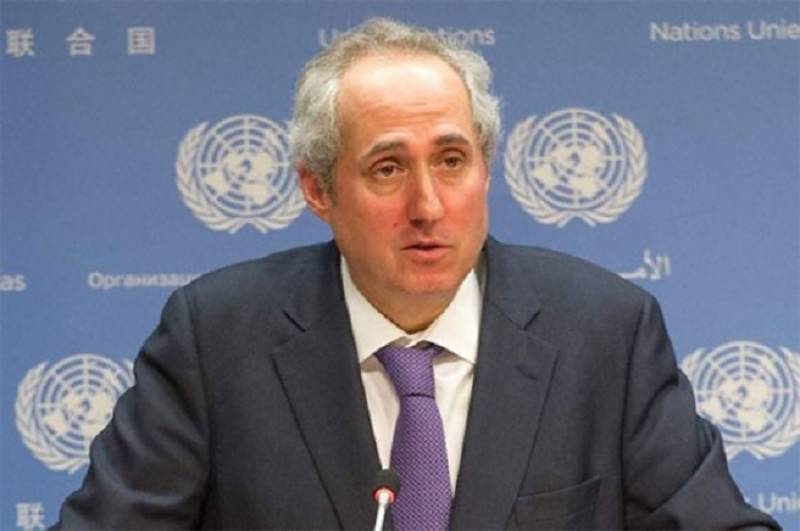 NEW YORK - The United Nations voiced concern about increasingly bellicose rhetoric between the United States and Iran and called on them to dial down their remarks.

The appeal came after President Donald Trump on Sunday warned that any attack from Iran would be met with a devastating US response that would mean "the official end of Iran."

"We are concerned about the rising rhetoric," said UN spokesman Stephane Dujarric, who cited the firing of a rocket on Sunday, which struck a Baghdad area that houses foreign embassies including that of the US, as being "also a concern."

"We would ask all parties to lower the rhetoric and lower the threshold of action as well," said the spokesman.

UN officials are holding contacts with the US and Iran at various levels to try to calm the situation, said Dujarric, but he did not provide details of those talks.

Relations between Washington and Tehran plummeted a year ago when Trump pulled out of a landmark 2015 nuclear deal with Iran and imposed tough sanctions.

Tensions have risen this month after Washington announced more economic measures against Tehran, then deployed a carrier group and B-52 bombers to the Gulf over alleged Iranian "threats."

Iranian Ambassador Majid Takht Ravanchi appealed to UN Secretary-General Antonio Guterres and the UN Security Council to take steps to prevent the crisis from spiralling out of control.

"Inaction - a lose-lose approach - is not an option and can lead to a disaster that must be avoided," wrote the ambassador in a letter sent on Friday.

The Security Council has not discussed the rising tensions even though its purpose is to address threats to international peace and security.

Russian Ambassador Vassily Nebenzia said Russia may decide "at a certain point" to raise US-Iran tensions at the council "because the situation is very worrisome."

"The language is bellicose, especially on this side of the Atlantic Ocean," Nebenzia told reporters.

The Russian ambassador renewed a call for the creation of a "security architecture" for the Gulf region to allow for talks on regional issues. -APP/AFP