Pakistani Man set his US Dollars on fire to support the economy and tumbling rupee
21 May, 2019 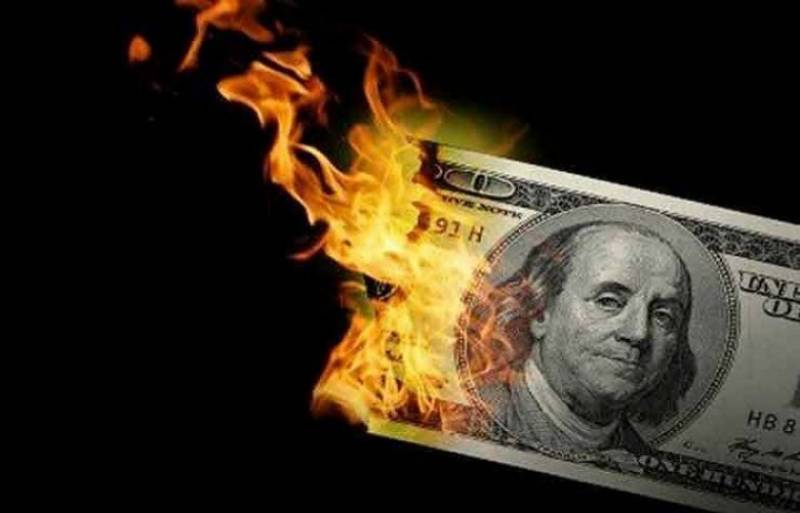 *GUJRANWALA: Resident of Gujranwala on Tuesday set his US dollars on fire after continuous devaluation of rupee in Interbank and open market.*

As per details, Amjad set the dollar, he was possessing on fire, to initiate movement to stabilise Pakistani rupee against the greenback.

“I’m setting my dollars ablaze with an aim to stabilise the country’s economy”, Amjad said while talking to ARY News correspondent Ghulam Fareed.

He urged masses to do the same and avoid trading in US dollar to strengthen Pakistani rupee.

Earlier in the day, the US dollar touched a new record high of Rs153 in the open market.

With an increase of Rs1.36, the rate increased to Rs153 in the open market.

It may be noted that the rupee went into free fall following three days when PM’s adviser on Finance Abdul Hafeez Sheikh announced the finalization of a three-year bailout with the International Monetary Fund (IMF) for $6 billion.