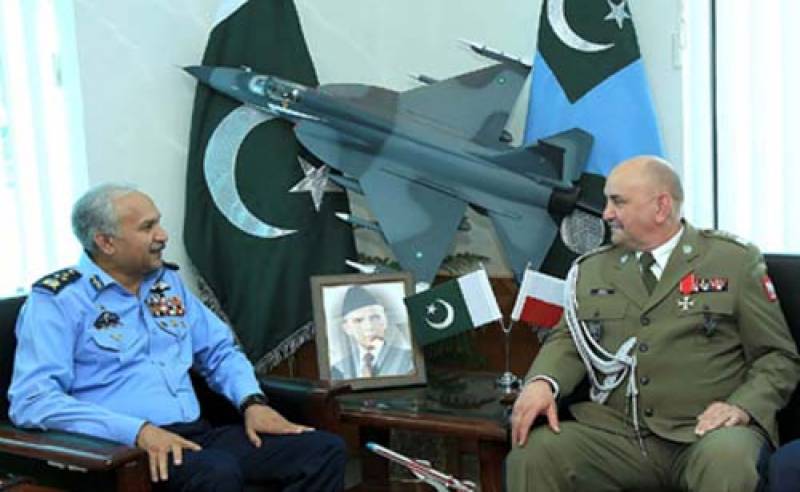 On his arrival, a smartly turned out contingent of Pakistan Air Force (PAF) presented him the guard of honour, a PAF Directorate of Public Relations press release said. Commander Polish armed forces paid homage to the martyrs of PAF by laying wreath on martyrs’ monument.

Later on, the visiting dignitary called on the air chief. Various matters pertaining to regional security and areas of mutual cooperation came under discussion during the meeting.

Commander Polish armed forces lauded the sound professionalism of the PAF. The air chief appreciated the enviable relations between both the air forces and also acknowledged the key role played by pioneering Polish officers in the development and modernization of the PAF in its early years.

Both the dignitaries agreed to further enhance and expand mutual cooperation and defence ties between two countries.