Over 23 lakh Indian soldiers deployed for Lok Sabha elections across country
21 May, 2019 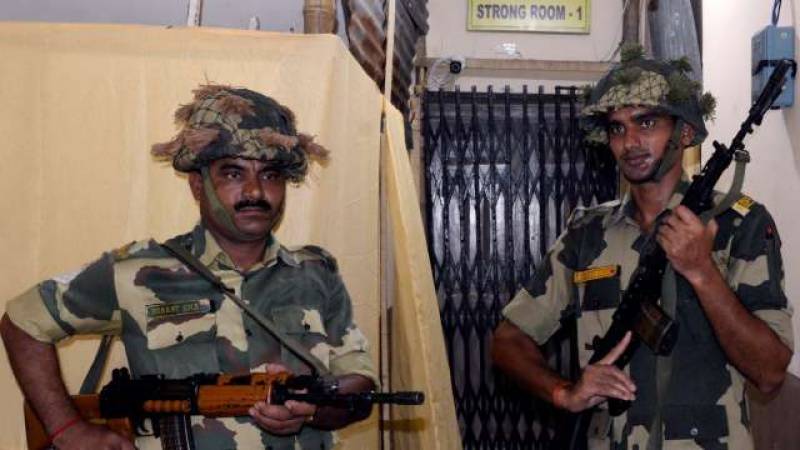 ISLAMABAD - As many as three lakh paramilitary personnel along with over 20 lakh state police officials and home guards were deployed for the seven-phase Lok Sabha election in the country, officials said Monday.

The Home Ministry officials said deployment of such a large number of security personnel in the 2019 general election was the highest ever in India.

For the current parliamentary election, the Home Ministry has mobilised 3,000 companies of paramilitary forces comprising more than 3,00,000 personnel across 36 states and Union Territories.

This is in addition to the components of the state armed police, India Reserve (IR) battalions and home guards, which together could be around 20 lakh, an official, directly involved in the mobilisation of the troops, said. The total sanctioned strength of India's state police forces is around 21 lakh and paramilitary is around 10 lakh.

As the phases were getting over, paramilitary troops were being moved from one state to the other, the official said. The core duties of the paramilitary personnel deployed for election duty include instilling a sense of confidence and security among people to exercise their franchise freely without any fear.