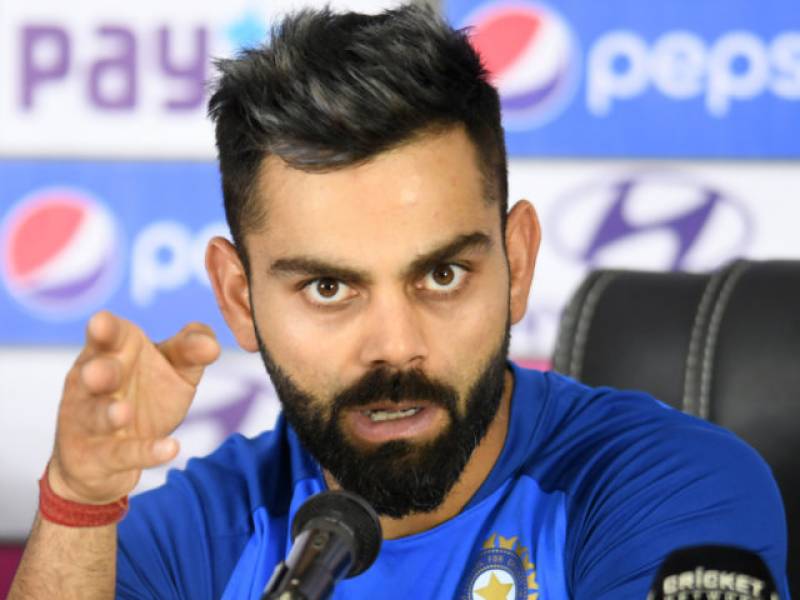 Ahead of India’s departure for the tournament, Kohli said local seaming conditions would likely favour batsmen.

“In ICC tournaments the pitches are going to be very good and it’s summer in the UK. We expect high-scoring games,” Kohli told a press conference in Mumbai.

England beat Pakistan 4-0 in a five-match warmup series with nearly every game seeing innings of 350 plus on grounds that will be used for the World Cup.

Kohli insisted, however, that World Cup pressure will bring down the totals.

“A bilateral series compared to a World Cup is very different, so you might see lot of 260-270 kind of games and teams successfully defending it because of the pressure factor,” said the skipper of India — one the favourites alongside England and Australia.

Two-time winners India, who start against South Africa in Southampton on June 5, feel they have a strong chance with a potent pace bowling attack led by Jasprit Bumrah.

“We go into the World Cup feeling very balanced and a strong side. You saw in the IPL (T20 series) , all the players that are in the squad are in great form and playing really well,” said Kohli.

India have some worries over their spinners Kuldeep Yadav and Yuzvendra Chahal, who were less impressive in the IPL.

“In hindsight if you look at it, like Kuldeep, who has had so much success, it’s important to see a period where things don’t go your way. And I am glad it happened during the IPL, rather than the World Cup,” said Kohli.

“He has time to reflect and correct things and come into the World Cup even stronger. We know the skill set he possesses along with Chahal. They are two pillars of our bowling line-up.”

The 10-team World Cup returns to a round-robin format and Kohli said consistency was the only way to make the semi-finals.

“Everyone has to be at their best game intensity from the first match onwards and you don’t have any room for complacency.

“That’s why it’s the World Cup, the most important tournament in the world,” said Kohli, who compared the “intensity” to competing in football’s English Premier League or Spain’s La Liga.

England launch the tournament against South Africa at the Oval in London on May 30. -APP/AFP