Govt wants to take along Opposition for resolving issues: Dr Firdous
21 May, 2019 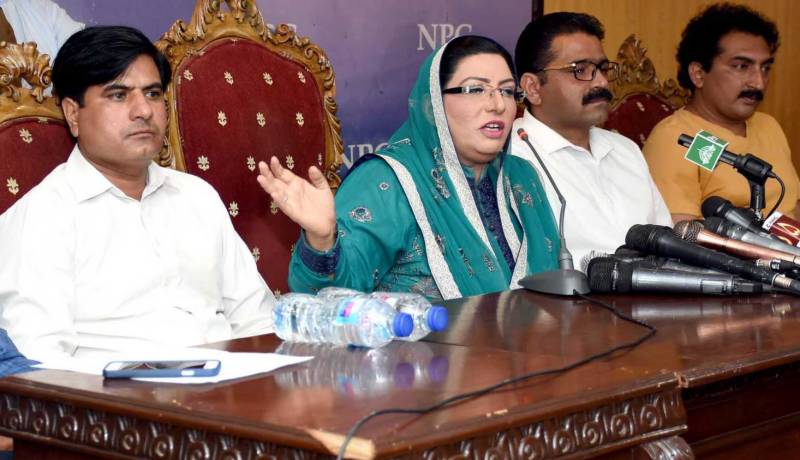 Special Assistant to Prime Minister on Information and Broadcasting Dr Firdous Ashiq Awan says the government wants to take along the Opposition for resolving the issues of national importance.

Talking to newsmen at National Press Club in Islamabad, she said we want to move towards reconciliation instead of confrontation.

Dr Firdous said staging protest was the Opposition's right and the government would not stop them from doing it.

Turning towards the problems facing the journalists community, Special Assistant to Prime Minister said all out measures will be taken to protect jobs in the media industry.

She said the government would soon come out with a wage board award and ensure grants to press clubs to give a sense of security to the journalists' community.

Dr Firdous Ashiq Awan said the payment of government dues to media owners would be linked to the salaries of media workers.

She said Prime Minister Imran Khan had directed payment of even those advertisements which were made to defeat him in the general election.

The Special Assistant said media sector is the fourth pillar of the state and it should play its due role in image building of Pakistan and strengthening the state.

Dr Firdous Awan said that the government is also planning to provide residential facilities to the working journalists.

She said Health Ministry will also be consulted to provide health insurance to journalists. She said for this purpose, Insaf Health Card for media workers will be included in Prime Minister's Health Programme.