Complete shutdown marked by curfew like restrictions in Occupied Kashmir
21 May, 2019 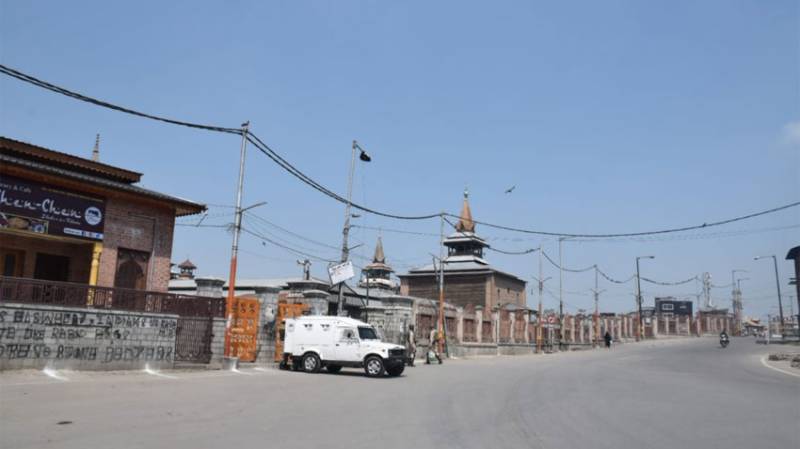 Call for the strike and a march towards martyrs’ graveyard at Eidgah in Srinagar was given by the resistance leadership to pay tributes to the martyrs.

Meanwhile, the Chairman of Hurriyat forum Mirwaiz Umar Farooq in a statement criticized the Indian authorities for imposing restrictions in Srinagar to prevent people from commemorating the martyrdom anniversaries of the leaders.

The Chairman of All Parties Hurriyat Conference, Syed Ali Gilani in a statement paid rich tributes to Mirwaiz Molvi Muhammad Farooq and Khawaja Abdul Ghani Lone as well as victims of Hawal massacre on their martyrdom anniversaries.

On the other hand, Indian forces launched a violent cordon and search operation in Shopian district today.

The court found that the grounds of detention are vague, sketchy and ambiguous.

On the other hand, pellet victims held a protest demonstration in Srinagar demanding ban on the use of pellet guns in Kashmir.

The protesters appealed to the common citizens of Kashmir to come in support of pellet victims and contribute towards their medical needs.