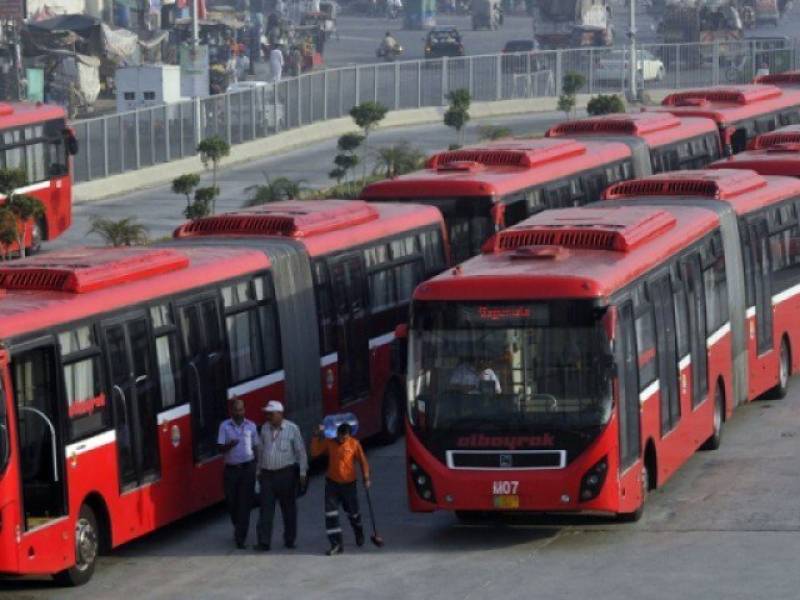 “Today we forwarded the case to our controlling ministry, the Capital Administration and Development Division (CADD), since CDA has no funds to make subsidy payments to the PMBA,” an official of the CDA Finance Wing told The Express Tribune on condition of anonymity on Monday.

The CDA does not have an exclusive setup nor a designated directorate to deal with issues relating to the metro bus project.

“We forwarded a demand to the finance ministry (through CADD), which we had received from the PMBA without examining the bill,” the official said.

He added that they had urged the concerned ministry to designate a directorate or official to deal with PMBA bills and check whether subsidy demand by the authority was genuine or not.

Two months ago, PMBA had asked the CDA to pay Rs2.4 billion subsidy to the authority from June 2015 to March 2017.

Last year, the federal government had released Rs375 million to the CDA to share with the PMBA. However, in the absence of any agreement between the two authorities, the money could not be utilised nor was it handed over to the PMBA and the funds lapsed.

In October 2016, after a deadlock persisted for over one-and-a-half years, the government – through the CDA – had surrendered to demands from the Punjab government to shoulder the major financial burden of the metro bus service.

Islamabad Mayor Sheikh Anser Aziz, who is also the acting chairman of the CDA, had signed an agreement with the Punjab Mass Transit Authority’s Sibtain Fazal Halim despite objections raised by CDA’s law directorate.

The CDA bureaucracy had been reluctant to sign the controversial agreement under which the federal government or CDA would pay 60 per cent of the annual subsidy while Punjab would bear only 40 per cent.

The agreement stated that the subsidy would be based on the length of the metro bus track. Of the 24-kilometre-long track, only 14km is in Islamabad while the remaining 10km is in Rawalpindi.

Despite the fact that most of the track lay in Islamabad, CDA would be getting less revenue than the Punjab government since more people from Rawalpindi used the bus service.

Moreover, under the agreement, if payment of subsidy takes longer than 30 days, a late payment charge would be levied and bus service will be suspended.