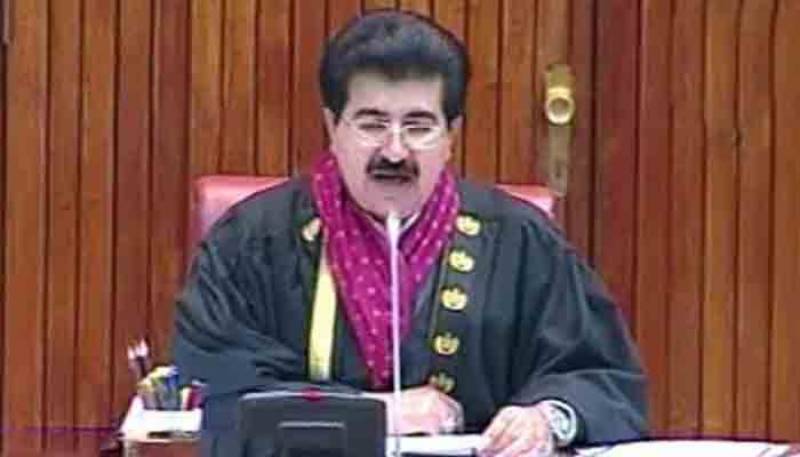 ISLAMABAD-A senators’ delegation from Balochistan led by Chairman Senate Sadiq Sanjrani called on Governor Punjab Chaudhry Mohammad Sarwar and discussed political and administrative matters including development and prosperity of Balochistan during a meeting at the Governor’s House on Sunday.

Talking to the delegation, Governor Punjab Chaudhry Mohammad Sarwar said Prime Minister Imran Khan believed in strengthening the federation, adding that Balochistan was integral to the strength and prosperity of Pakistan.

Sarwar said Balochistan’s prosperity was necessary and the federal government was mobilizing all resources to put the province on the road to properity, adding that the government would take all allies in all four provinces along.

He said, "All political and religious parties in the country should unite against coronavirus pandemic so that we can save Pakistan from this dangerous pandemic."

He said Punjab stood with its Baloch brothers in every difficult time, adding that  Sarwar Foundation was installing water filtration plants in Balochistan in collaboration with Al-Khair Foundation.

The Punjab Governor said Punjab was also supporting the Balochistan government in containing coronavirus, adding that PTI-led government would work together with all provinces to make Pakistan a developed, prosperous and strong country.

The Governor Punjab said the attack on the military convoy by the terrorists in North Waziristan must be condemned, adding that the nation saluted the officers and jawans of Pakistan Army who had sacrificed their lives for the defense of the country.

He said today 220 million Pakistani stood by the law enforcement agencies and the armed forces in the war against terrorism, adding that the terrorists would be completely wiped out from the country.