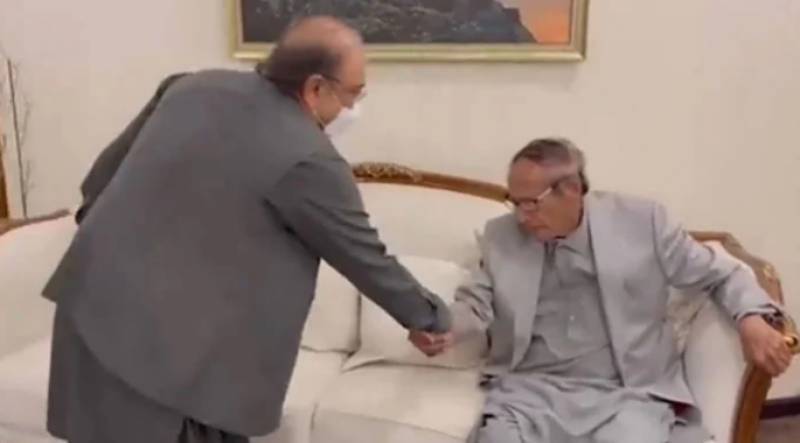 The duo discussed the political situation in wake of the PTI victory in the by-election and the upcoming polls for a new CM of Punjab.

The former president flashed a victory sign as he left the residence of the former premier after a one-hour meeting.