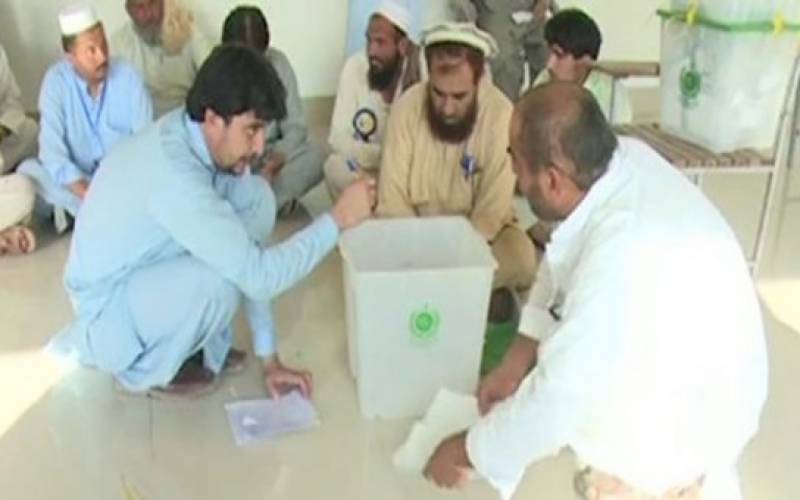 According to the ECP confirmed polling results of all 16 constituencies, Jamiat Ulema-e-Islam-Fazl (JUI-F) secured three, Awami National Party (ANP) and Jamat-e-Islami (JI) got one seat each.

The voters of winning candidates took to streets to celebrate victory and danced to the tune of drums.

The votes count took place in 16 constituencies of the tribal areas of the Khyber Pakhtunkhwa Assembly.

Stringent security arrangements had been made on the occasion.

As many as 285 candidates, including two women, are in run. 83 candidates are contesting election from different political parties while 201 are independents.

Earlier, activists of two independent candidates clashed with each other outside Girls High School in Landi Kotal. Security forces intervened into the matter.