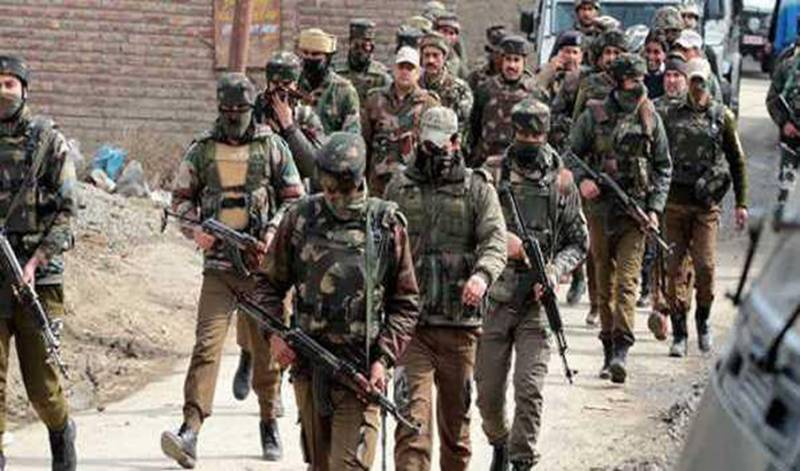 SRINAGAR - In occupied Kashmir, Indian forces launched a cordon and search operation in Kreeri area of Baramulla district on Sunday.

The troops seized all entry and exit points of the area and started door-to-door search operation.

Meanwhile, the High Court of occupied Kashmir has overturned the draconian law, Public Safety Act against a man, Sartaj Ahmad Dar, booked under the act in February, this year.

On the other hand, police recovered throat-slit body of a man under mysterious conditions in Kokernag area of South Kashmir’s Islamabad district.

The All Parties Hurriyat Conference has called for settlement of the Kashmir dispute through democratic means to avert a big catastrophe in the South Asian region.

The APHC in a statement issued after its meeting in Srinagar, strongly condemned India’s suppression of Kashmiris’ genuine struggle for freedom through brutal military means.

It warned the policy of keeping the issue in cold storage has all the potential to destroy the entire South Asian region.

The statement expressed grave concern over the deteriorating health condition of APHC Chairman Syed Ali Gilani and appealed people to pray for his speedy recovery.