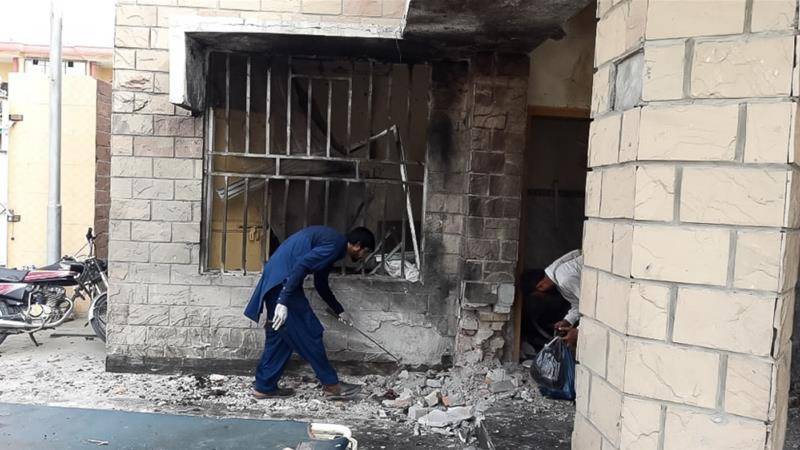 D I KHAN – As many as seven people including four police personnel were martyred and over forty injured in separate incidents of firing and suicide attack here on Sunday.

Police said four unidentified assailants riding two motorcycles opened fire on two policemen stationed at the exit point of the city on Dera Zhob Road at about 8:45 AM.

Both the cops identified as Jahangir and Inam sustained critical injuries and loss battle of life on way to the hospital.

The cops of Police Elite Police were also present inside the hospital near the Out Patient Department when a suicide attacker blew herself. Policeman and civilian visiting the hospital also injured in the second incident.

The serious injured were shifted to Combined Military Hospital for emergency medical treatment.

District Police Officer Saleem Riaz told media that 7 to 8 Kg of explosive material was used in the explosion.

He said the police were further investigating the matter to ascertain the reason behind this incident.

The Police have cordoned off the area to search for perpetrators, he added.