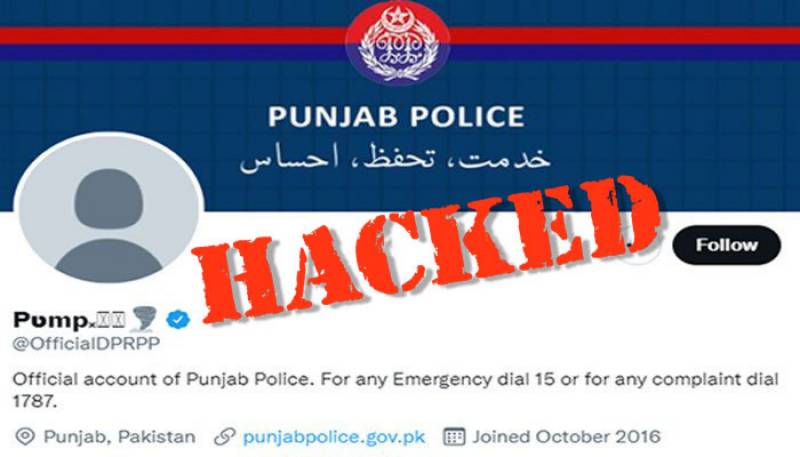 LAHORE – The official Twitter account of the Punjab police, which goes by the name of DPRPP Official, has been hacked, a spokesperson for the law enforcers confirmed on the micro-blogging platform earlier today.

The hacked account has nearly a million followers, while hackers shared piles of tweets in a few hours and also changed the user name to *Pʋmp*.

Meanwhile, an official complaint has been lodged with the cybercrime department of the Federal Investigation Agency.

Last month, Pakistan Embassy Serbia’s Twitter was hacked after it shared a tweet against the incumbent government.