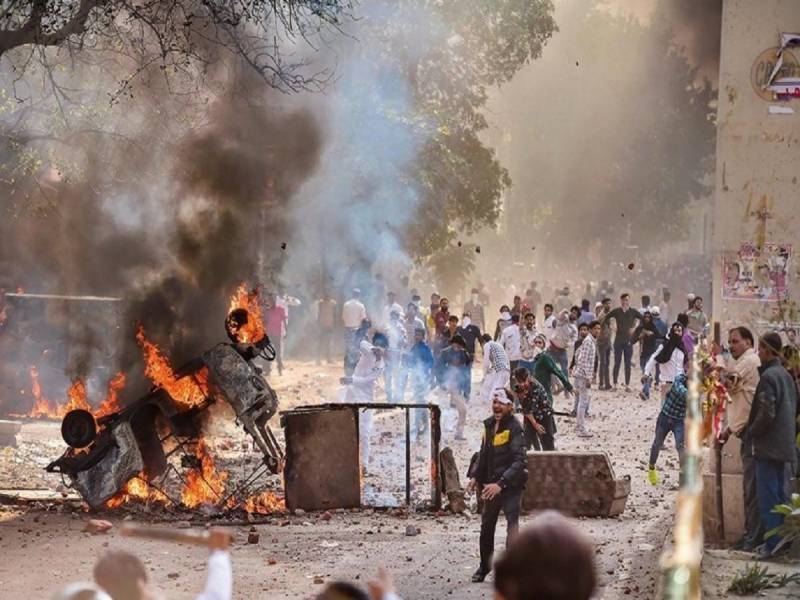 NEW DELHI – In the first sentencing in the Muslim riots in the Indian capital, a court punished the convicted person with a term of five years for being part of a Hindu mob that set a Muslim family’s house on fire.

Reports in Indian media said the culprit, Dinesh Yadav, was a member of the riotous mob and participated in vandalizing and putting on fire the house of a 73-year-old woman in northeast Delhi in 2020.

Communal violence ripped through the northeast of India’s capital, the worst religious conflict in the metropolis in nearly four decades.

The prime suspect is said to be the first person convicted in connection while a detailed order on the sentencing is still awaited. The court also slapped a penalty of INR 12,000 on Yadav.

The 73-year-old complainant, Manori – whose house was vandalized and destroyed on the night of February 25, 2020 – identified Yadav along with two other witnesses. The case was earlier riddled with contrasting statements. The court framed charges against Yadav, ruling that there was enough on record earlier in August 2021.

The court ruled that the accused, who belongs to the Hindu community, was present with the armed persons at the time of the cruel incident. He was convicted under sections related to rioting with deadly weapons, house-trespassing, robbery, mischief by fire, and unlawful assembly with common object.

The complainant initially alleged that a charged mob of around 200 attacked her house when her family was not present and looted their valuables.

The clashes started in Delhi after the violence between the Citizenship Amendment Act supporters leaving more than 50 people dead and over 700 injured.

Rights groups and several victims have accused Delhi Police of being involved in the riots, as Hindu mobs went on a rampage for nearly a week.

Indian Muslims have long lived on the margins, with episodic religious violence forcing them to seek shelter in shantytowns since the Hindu nationalist party BJP took control.