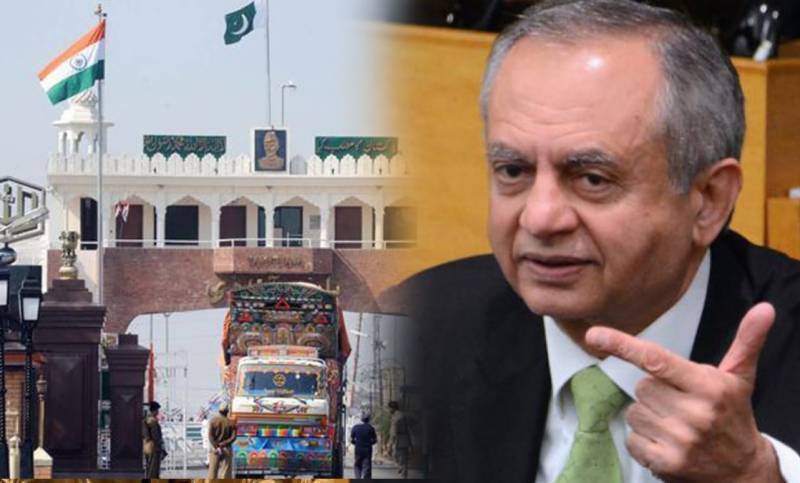 LAHORE – Prime Minister Imran Khan’s aide on Commerce, and Investment Abdul Razak Dawood stressed on resumption of trade with India saying it is the need of the hour and beneficial to neighboring countries.

During an interaction with media at an exhibition on engineering and healthcare organised by the Trade Development Authority of Pakistan, Dawood said we should do trade with India and it should be opened now. “The trade with India is very beneficial to all, especially Pakistan. And I support it,” he said.

Commerce chief of South Asian country made these remarks around a year after Prime Minister Imran Khan Friday said that trade with New Delhi could not resume and relations could not normalise unless the occupied Kashmir got back its constitutional status and the Kashmiris were granted their right to self-determination.

Referring to the summary of Economic Coordination Committee on the import of cotton, yarn and sugar, the premier made it clear that any kind of trade with India was possible only after it took back its illegal steps in IIOJK.

Khan made the remarks after opposition parties slammed incumbent officials for not consulting the parliament and trying to mend ties with the Modi-led government without first resolving the Kashmir dispute.

Islamabad halted trade and diplomatic ties with India around three years back when the Hindu nationalist government imposed direct rule on the part of occupied Kashmir and imposed strict security controls.