US state department makes an urge to Pakistan
21 Feb, 2019 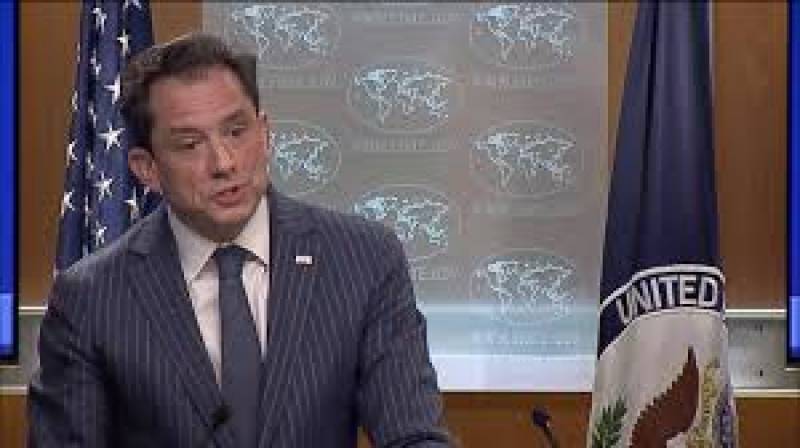 WASHINGTON DC: The US Department of State has urged Pakistan to fully cooperate with India into the investigation of the recent terrorist attack in Pulwama, located in Indian held Kashmir.

In a rare occasion, the State Department press briefing started with the first question on India and the Deputy Spokesperson, Mr Palladino replied by saying that “we condemn in the strongest terms possible the terrorist attack that occurred last week on an Indian Central Reserve Police Force convoy in the Indian state of Jammu and Kashmir.

We’re committed to working with the Indian government to combat terrorism in all of its forms. The perpetrator of that heinous act claimed allegiance to the United Nations-designated, Pakistan-based terrorist group Jaish-e-Mohammed, and we call on all countries to uphold their responsibilities pursuant to the United Nations Security Council resolutions to deny safe haven and support for terrorists.

When asked what the US would like to see Pakistan specifically do in the case of Jaish-e-Mohammed and what legal actions Pakistan could take, the Spokesperson said that “we have been in close communication with the Government of India to express not only our condolences but our strong support for India as it confronts this terrorism.

With regard to Pakistan, Palladino said that “we’ve been in contact with Pakistan on this issue. We urge Pakistan to fully cooperate with the investigation into the attack and to punish anyone responsible.“

On another question about India, the deputy spokesperson said that no more on India and to move to the next question.

While replying to a question about Saudi Arabia playing a mediator role between Pakistan and India, the spokesperson said that he was not aware of such efforts.