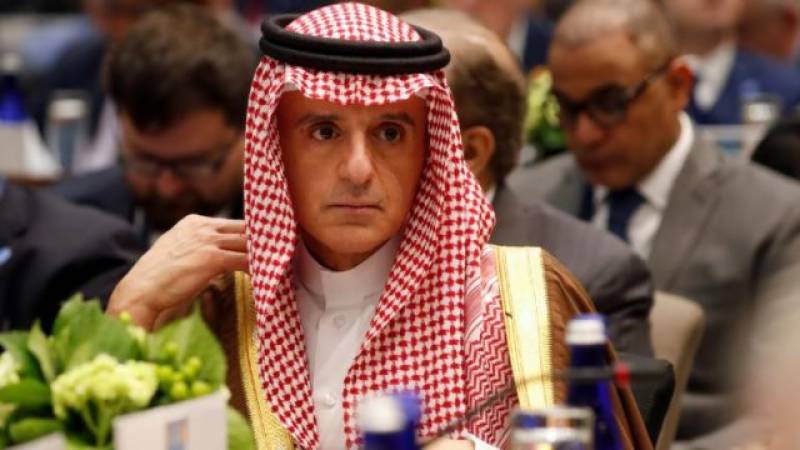 Al-Jubeir – who is a part of Crown Prince Muhammad Bin Salman’s delegation presently in India – dismissed the Indian allegations of Pakistan’s involvement in the incident and said that “how can we blame them [Pakistan] if we do not have sufficient evidence before us”.

When asked about rising tension between Pakistan and India, he said that “terrorism is a mutual threat [to India and Pakistan] and [we hope that] both the countries will work together to eliminate it”.

Following his much-hyped visit to Pakistan, the Saudi prince is presently in India as part of a comprehensive Asia tour which aims to open new economic doors to lessen the Kingdom’s dependence on a crude oil-based economy.

Relations between Pakistan and India have touched a new low after over 40 paramilitary personnel were killed in Kashmir’s Pulwama district by a suicide bomber.

The car bomb attack considered the worst ever on security personnel in the state, was reportedly claimed by militant group Jaish-e-Mohammad and carried out by a 20-year-old Kashmiri man.

India held Pakistan responsible for the bombing soon after the attack and withdrew its ‘Most Favoured Nation’ status. Pakistan denies all the charges.