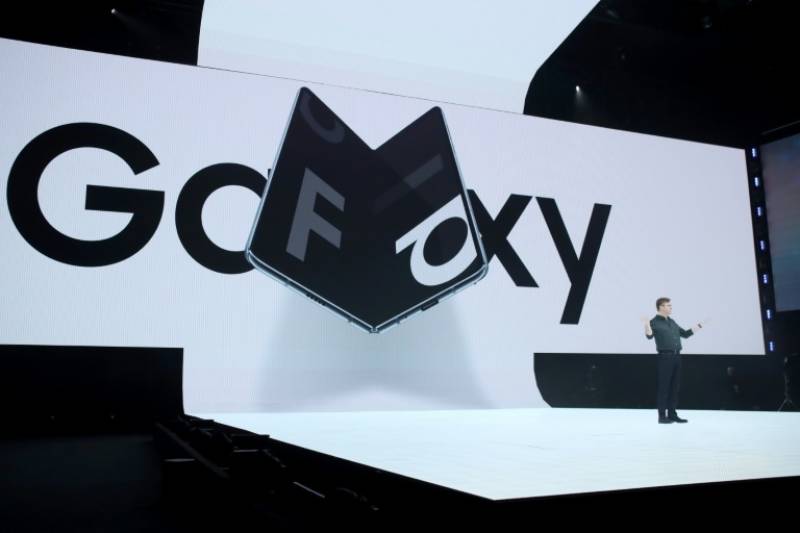 SEOUL: Samsung on Wednesday unveiled a smartphone that folds open to be a tablet, becoming the first major manufacturer to offer the feature as it strives to stoke excitement in a slumping market.

The South Korean giant also appeared to get the jump on rivals by announcing the first smartphone for fifth-generation — or 5G — wireless networks, while stepping up its efforts in artificial intelligence and wearables.

The Galaxy Fold, unveiled at a San Francisco event, serves as a smartphone with a 4.6-inch display and opens like a book to become a 7.3-inch tablet.

“We are giving you a device that doesn’t just define a new category, it defies category,” said Samsung’s Justin Denison at the event.

The launch comes as the smartphone market experiences its worst-ever decline with consumers keeping devices longer and waiting for new innovations.