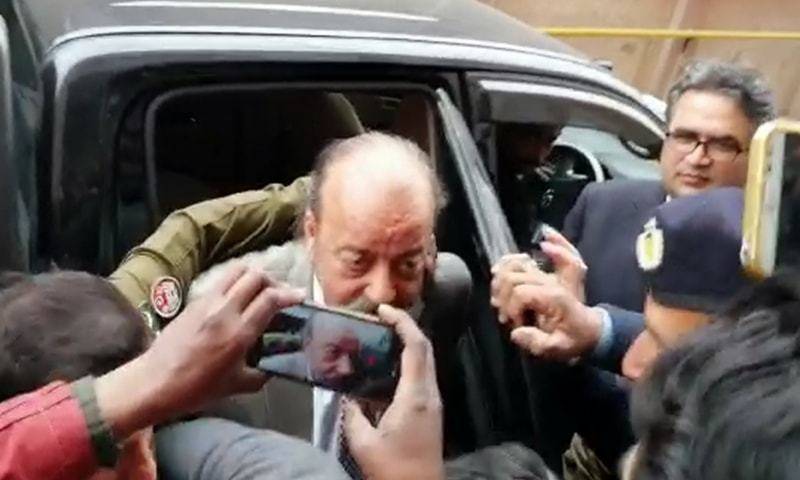 According to a press release issued by NAB in Islamabad , the arrest was carried out by the NAB Bureau Karachi with the collaboration of NAB Rawalpindi and NAB headquarters intelligence wing.

The accused will be produced in the accountability court for remand tomorrow.

Meanwhile, National Accountability Bureau says, being a national institution, it is acting in accordance with law and constitution.

In a declaration, the Bureau said no province is exempted from actions against corruption.

The Bureau said the Accountability Court has given a three-day transit remand of Agha Siraj Durrani and he will be soon transferred to Karachi.

The declaration further said that NAB officers have no affiliation with any party, group or individual.