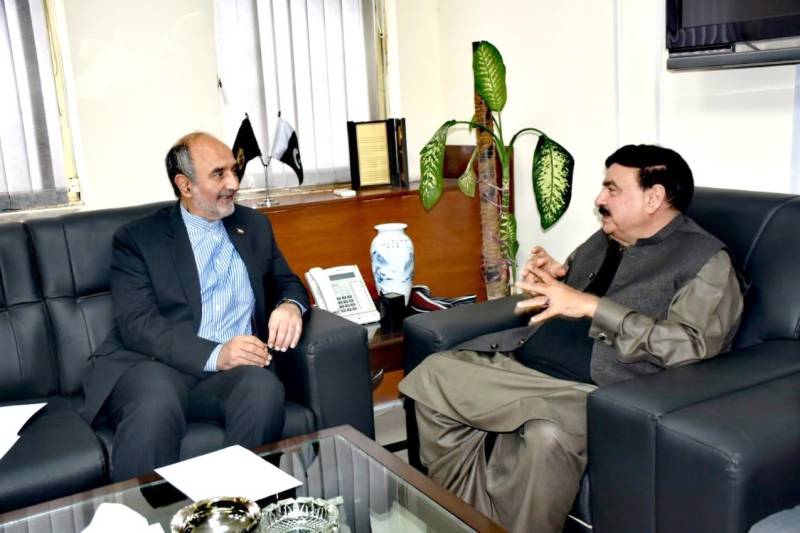 He extended him an invitation by the government of Iran to attend the opening ceremony of Qazvin-Rasht-Astara railway route.

The envoy said Iranian President Hassan Rouhani will be Chief Guest in the event to be held on the 6th of next month.

Speaking on the occasion, Sheikh Rasheed Ahmad said collaboration in improving the rail network between Pakistan and Iran will be in the mutual interest of both the countries.

He said Quetta-Taftan- Zahedan rail track will be upgraded on fast track basis.