Chinese Ambassador unveils the next stage of the multi billions dollar CPEC Project in Pakistan
21 Feb, 2019 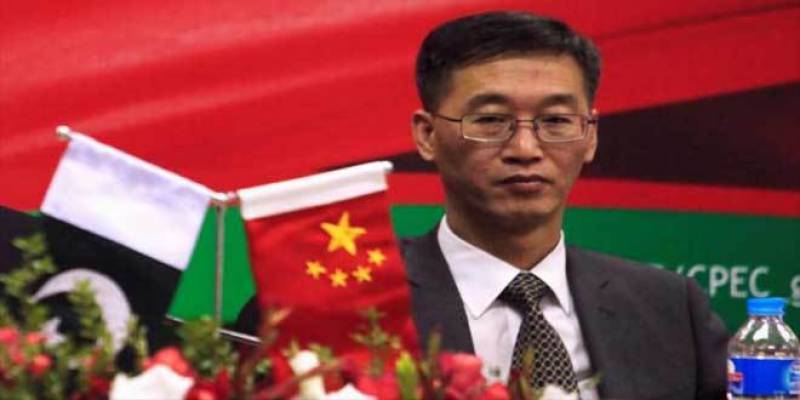 ISLAMABAD - Ambassador of China in Pakistan Yao Jing Thursday said in next stage of China Pakistan Economic Corridor (CPEC), skill-based human resource programme would be the focal area for mutual cooperation between the two countries. He was addressing a conference titled "CPEC skill development challenges and way forward for an inclusive employment strategy" organized by CPEC Center of Excellence here. He said a Chinese expert delegation of social development is visiting Pakistan on February 24 to discuss and finalize various projects of social development. Yao Jing said next stage of CPEC was very important as it would fully create thousands of new job opportunities particularly for skilled workforce. He said Prime Minister Imran Khan had a clear vision of creating 10 million job opportunities in five years and the CPEC projects particularly Special Economic Zones (SEZs) to be built in various areas of Pakistan would help achieving PM's target. "Rashakai Economic Zone is soon to hit the ground in which around 1,000 industrial units would be established and it would need thousands of raw and skilled labor as soon as the construction of industrial units starts," he added. He said during recent visit of Saudi Crown Prince to Pakistan, a lot of more investment had been pledged which would also help creating more employment opportunities for the Pakistani people. He said together with the international partners, both China and Pakistan would move forward for the successful completion of CPEC. CPEC Project Director Hassan Daud Butt stressed the need to produce maximum skill based human resources to help them getting job opportunities in various development projects specially in the CPEC projects. National Vocational and Technical Training Commission (NAVTTC) Executive Director Dr Nasir Khan said keeping in view the dilemma of gap between the Chinese companies and the labour market of Pakistan, a collaborative job portal comprising the data base of skilled and unskilled labours was launched to forward demand from Chinese firms to the suppliers of labour market including NAVTCCC , TVETA, HEC and others. He said the portal could bridge the Chinese companies with their relevant demand of labours. Vice Chancellor PIDE Asad Zaman said that according to research carried out by Center of Excellence for CPEC, the mega project had so far provided jobs to 75000 Pakistanis during the last five years and will generate approximately 1.2 million more direct employment opportunities in future.