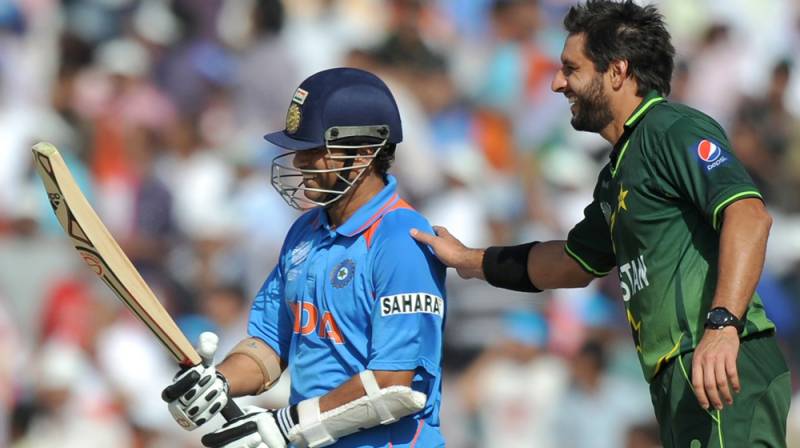 DUBAI - The match between arch-rivals Pakistan and India remains one of the biggest contests in the world of cricket. To showcase the importance of the game, their upcoming World Cup match saw more than 400,000 applicants for 25,000 seater Old Trafford Stadium.

Former Indian cricketers such as Harbhajan Singh and Sourav Ganguly have asked India to boycott the matches against Pakistan whereas veterans such as Chetan Chauhan want India to pressurize ICC and threaten to boycott the entire event.

Due to the rising tensions, the fans want both teams to go head-to-head more than ever.

The ICC World Cup tournament director, Steve Elworthy, said that the demand for India-Pakistan match is much more than England-Australia tie or the final of the World Cup.

That particular game [India-Pakistan], we had over 400,000 applicants for the tickets, which is a surprisingly high number. The stadium [Old Trafford] can only hold 25,000 people, which means that a number of people will be left disappointed. This game between both might also break records across the globe for the most watched game.

We received close to 230,000-240,000 applicants for the England-Australia game whereas for the final, around 260,000-270,000. This helps you understand a little better as to how big the Pakistan-India contest actually is; probably the biggest game from a commercial perspective too.

Some BCCI members don’t want India to play Pakistan as a protest to the Pulwama incident, which is why the board will hold a meeting tomorrow. It is expected that BCCI will give ICC an ultimatum which has the potential to backfire badly.