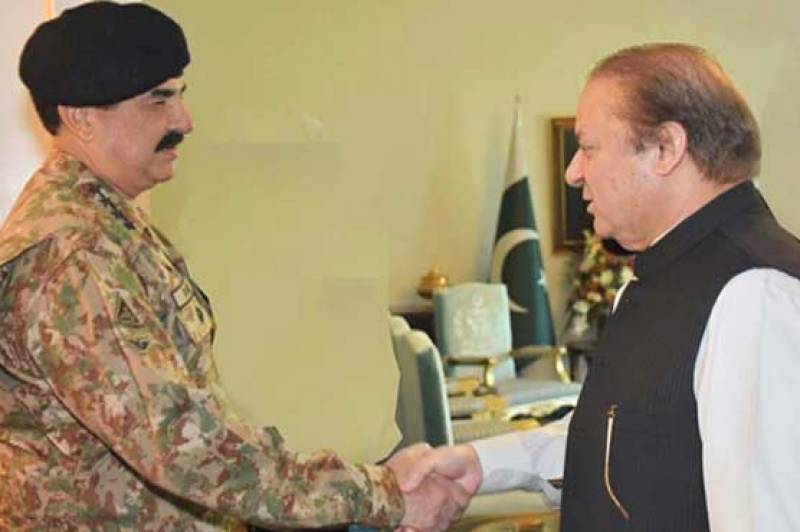 Musharraf was allowed to leave the country for medical treatment in the PML-N government’s tenure.

He added that the PML-N government didn’t have the power to stop him.

Rasheed also said that Gen Raheel Sharif wanted an extension in his tenure as the army chief, but the then government of prime minister Nawaz Sharif refused it.

However, a former army general rejected Rasheed’s claims that the PML-N had turned down Gen Raheel’s request for an extension in his tenure.

“In fact, the PML-N government had offered to give Gen Raheel a promotion and wanted to make him a field marshal,” Lt General (r) Amjad Shoaib said while talking to the TV channel.

Gen Shoaib said that Shehbaz Sharif and Chaudhry Nisar wanted to give Gen Raheel an extension in his tenure as the army chief.

“If you don’t take an extension then we can give you a promotion and make you the field marshal,” the former military official quoted Shehbaz and Nisar as telling the then army chief.