What is behind surprise resignation of US Defence Secretary Jim Mattis?
21 Dec, 2018 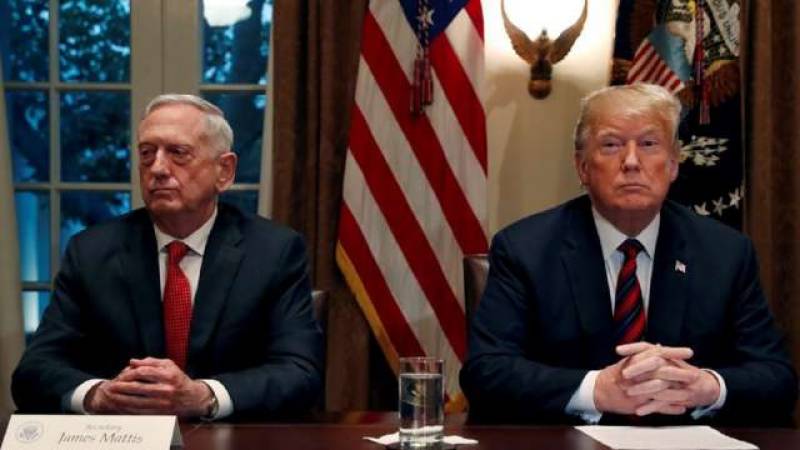 WAAHINGTON - US Defence Secretary Jim Mattis resignation has come as a big surprise for many across the World.

Mattis will be "retiring, with distinction," in February, President Donald Trump has said, a day after he ordered American troops to rapidly withdraw from war-torn Syria in an abrupt decision criticised by many as premature.

In his resignation letter sent on Thursday, Mattis told Trump it was the "right time" for him to step down because the US president deserved a defence secretary "whose views are better aligned with yours on these and other subjects." "The end date for my tenure is February 28, 2019, a date that should allow sufficient time for a successor to be nominated and confirmed as well as to make sure the Department's interests are properly articulated and protected at upcoming events to include Congressional posture hearings and the NATO Defense Ministerial meeting in February," he said.

The 68-year-old Pentagon chief did not mention if he was resigning specifically over the troop withdrawal decision, which has surprised US allies and several lawmakers.

Analysts say the withdrawal of troops will please US enemies by clearing the way for Syria's Bashar al-Assad regime, Russia and Iran. Mattis had warned that removing ground forces from the Middle Eastern country would be a "strategic blunder".

After Mattis sent his resignation, Trump announced he will be "retiring" in February.