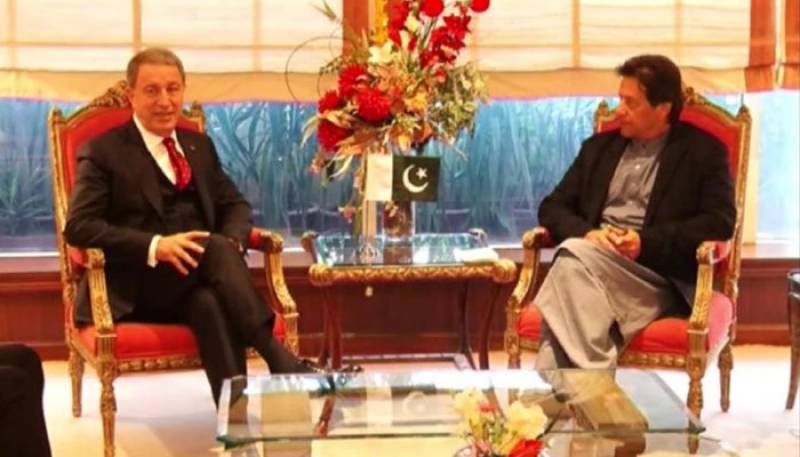 He called on Prime Minister Imran Khan, and felicitated the latter for being elected as prime minister of Pakistan and conveyed special greetings from President Recep Tayyip Erdoğan.

General (R) Akar said that the Turkish leadership looks forward to the visit of PM Khan to Turkey, which would help further strengthen existing ties between the two countries.

He also expressed Turkey’s deep appreciation of Pakistan’s efforts and sacrifices made in the war against terrorism.

Welcoming the visiting dignitary to Pakistan, the prime minister said that Pakistan greatly values its ties with Turkey and the people of Pakistan have great respect for President Erdoğan.

"We admire the socio-economic progress made by Turkey under the visionary leadership of President Erdoğan," Khan said.